How To Get To Azumino From The Snow Monkey Park

There is more than one way to get to the Azumino area from the Jigokudani Monkey Park using public transport. Keep reading to the different options and decide what best fits your schedule. But no matter which way you do it, first you’ll need to get to Nagano Station:

The Jigokudani Monkey Park is around 5-minutes drive from Yudanaka Station meaning that visitors wanting to use the train will first need to use a local bus or taxi to the station before boarding the train bound for Nagano Station. Alternatively, visitors wanting to go straight from the park to Nagano can do so using an express bus. Which option is best for you simply depends on your schedule and needs. It is worth also noting that the Nagano Dentetsu (Nagaden) train line is not covered by any Japan Rail (JR) Pass:

We recommend taking the limited express train (either the Snow Monkey Express or the Yukemuri Express train), which will get you all the way to Nagano Station without any transfers in 45 to 50 minutes. The other option is the take the local train from Yudanaka Station, which will take around 70 minutes and requires a transfer at Shinano-Nakano Station.

Alternatively, you can take an express bus directly from the Jigokudani Monkey Park to Nagano Station, which takes approximately 55 minutes depending on traffic and road conditions. This option is more convenient since you don’t need to transfer. The only drawback is that road is much less scenic than the train ride.

Once you get to Nagano Station, you have two options to reach Azumino:

This option lets you take the JR train straight to the Azumino area but requires a ride on a local bus or taxi to get the popular sightseeing spots. From Nagano Station, simply take the Sinonoi Line train to Akashina Station, which takes about one hour. Akashina Station is a bit far from the major points of interest in Azumino but during the peak sightseeing seasons (late April to early November), you can catch a local sightseeing bus from the station to places like the Daio Wasabi Farm, local art museums, and the Hotaka Station area. The bus operates differently depending on the exact dates, so you may want to check the schedule here beforehand. Another option would be to take a taxi if for some reason the bus times do not work out.

2 / TRAIN TO MATSUMOTO STATION & ONTO HOTAKA STATION (IN AZUMINO)

This option takes longer, but allows you to go take the train to Azumino’s main station, Hotaka Station, and is a good choice if you want to make a stop in Matsumoto first. You can take either the Limited Express Shinano – recommended – or the local Shinonoi Line to Matsumoto. The Limited Express Shinano will get you to Matsumoto in 48-minutes but costs more while the local train will take about 75-minutes to Matsumoto but costs less and if you have a JR Pass, you can ride this train at no extra charge, unlike the limited express.

Once at Matsumoto Station, transfer to the Oito Line train and take it to Hotaka Station, which takes about 25 minutes. At Hotaka Station, you’ll have plenty of local transport options that you can use to explore Azumino, including renting bicycles, a local bus, or taxi.

20 THINGS TO DO IN AZUMINO & WHERE TO STAY

Azumino is a tranquil rural enclave sitting just to the north of Matsumoto and in the shadow of the North Alps. A place of farmlands and pristine waterways, Azumino is known for its abundant produce including some of Japan’s best ‘wasabi’, ‘soba’, fruit and vegetables. Providing easy access to the hiking trails of the North Alps and ski resorts of Hakuba Valley, Azumino is a great option for visitors looking to go a little slower and enjoy the best of rural Japan. For suggestions of what’s on offer including accommodation listings in the area, see our ’20 Things To Do In Azumino & Where To Stay’ page. 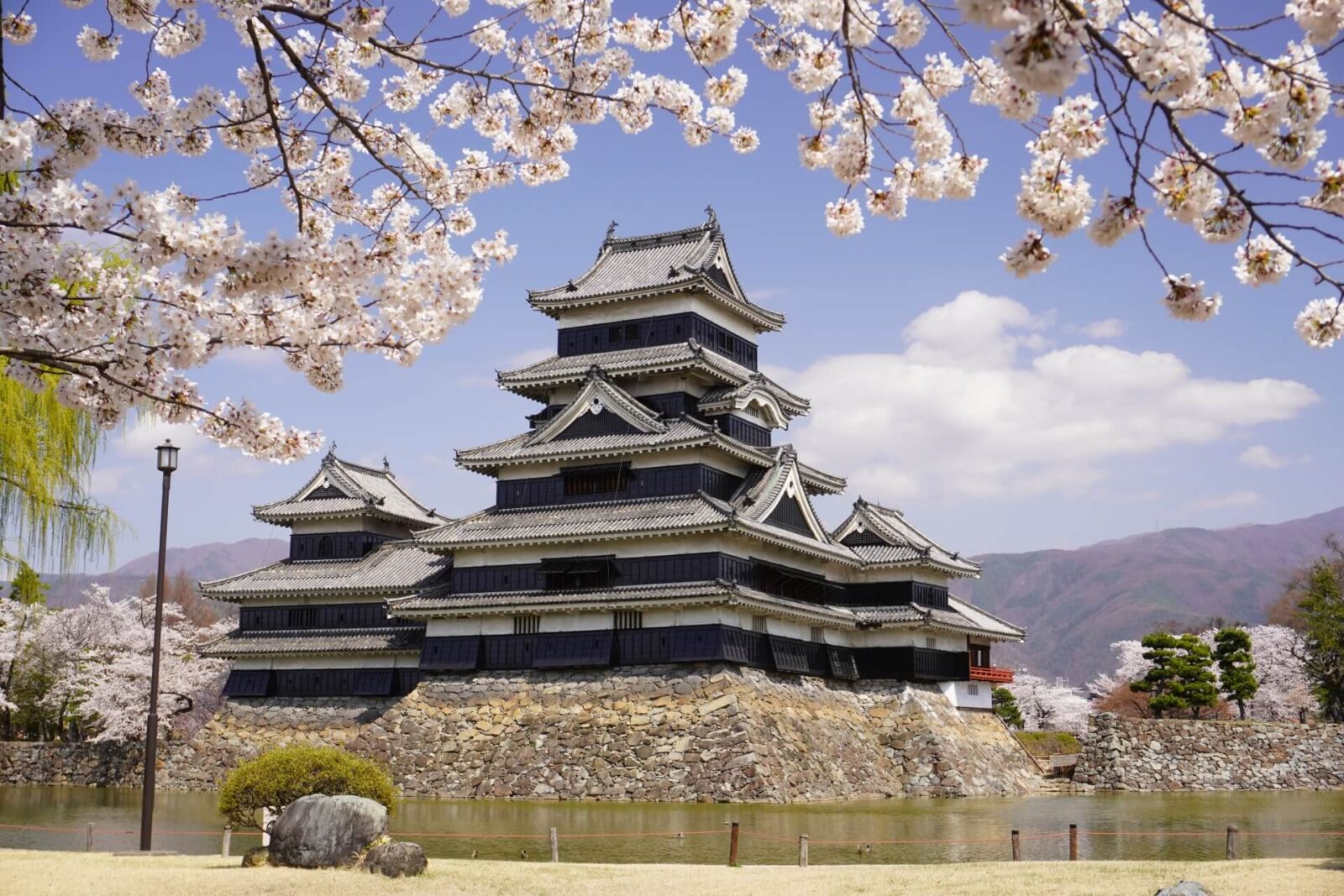