DESTINATIONS
15. KANAZAWA
10 Things to Do in Fukui
BACK TO LIST

10 Things to Do in Fukui

Fukui is one of those prefectures in the Japan which flies under the radar for both Japanese and international travelers. Tucked away in the north-west corner of Central Japan, Fukui is easy to miss when planning your travels around Japan.

Fukui Station is however a convenient stop on the Limited Express Thunderbird service running from Osaka, Kyoto and onto Kanazawa; and given the ease of getting there, a couple of outstanding local attractions make Fukui an attractive destination for many travelers.

Originally called ‘Echizen’, the region is home to one of Japan’s most important and impressive temples – Daihonzan Eihei-ji. Accessible by bus or local train from Fukui Station, Eiehi-ji is one of two main temples of the Soto school of Zen Buddhism. Seventy buildings make-up the beautiful temple complex with more than two hundred monks and nuns in residence.

Even if you have seen plenty of temples in Kyoto and elsewhere, Eihei-ji stands-out as one of the most stunning and tranquil complexes in Japan. Far less visited than the temples of Kyoto and set within a serene cedar forest, Eihei-ji never fails to impress.

Among Japanese, Fukui is equally well-known as ‘dinosaur country’. Since excavations began in 1989, the Katsuyama area of Fukui has revealed more dinosaur fossils – including four full skeletons – than any other area in Japan. For that reason, Fukui is synonymous with dinosaurs and in 2009, the entire area of Katsuyama City was declared the ‘Dinosaur Valley Fukui Kastuyama Geopark’.

Within the geopark, the museum is the main focal point offering three main activities – enjoying the exhibition areas inside the museum, exploring the outdoor dinosaur forest park and booking a tour to one of the nearby excavation sites:

Without doubt, this is one of Japan’s best museums for international visitors. Regarded as one of the world’s best palaeontological museums, the Fukui Prefectural Dinosaur Museum is spread over four-floors, exhibiting more than 40 skeletons along with fantastic reconstructions, animatronics and interactive displays.

As a palaenotological (study of prehistoric life) institution, the museum also includes wonderful displays of earth sciences, fossils and the history of life on Earth including the evolution of dinosaurs into birds.

The museum includes a good amount of English information making it a fun and informative experience for international visitors. A special exhibition area, research laboratory (which be viewed by visitors through glass) restaurant and gift shop are also on-site.

Equally fun and informative for adults and children, make sure you allow 3 to 4 hours to enjoy everything the museum has to offer.

Located next to the Fukui Prefectural Dinosaur Museum, the Katsuyama Dino Forest Park is open from 09:00 to 16:00 and boasts 44 life-size dinosaurs, including some animatronic reconstructions, spread across open parkland and forest.

Paths allow visitors to walk through the park and experience just how immense and downright terrifying dinosaurs would have been. Spread across eight themed areas, the park is aimed at children but also great fun for adults.

Tours can also be arranged to one of the nearby excavation sites for a first-hand experience of a fossil excavation. Departing from the museum, tours take around 2 hours and must be booked in advance.

Available from spring to autumn, the tour guide takes visitors to a nearby quarry site to witness the active excavation, inspect fossils up-close before allowing visitors to assist with some basic tasks. Tours are conducted in Japanese with English pamphlets available.

4 / Daihonzan Eihei-ji Temple / all year round

One of Japan’s most impressive and important temple complexes, Daihonzan Eihei-ji was established in 1244 by Dogen, the Buddhist scholar who brought Soto Zen Buddhism from China to Japan. – now one of Japan’s largest sects.

Located in a picturesque area of Fukui and set among a cedar forest, the temple complex is comprised of 70 buildings and structures connected by covered walkways.

Upon entering the temple, visitors are first required to sit in the reception hall and listen to a brief introduction about Eihei-ji including orientation and other important information.

The introduction is relatively short and provides good information, with English pamphlets provided to international visitors.

Once inside the complex, notable buildings including the Sanmon Gate, Buddha Hall and the Hatto (Main Lecture Hall).

One of Fukui’s most important and rewarding destinations, a visit to Daihonzan Eihei-ji Temple is highly recommended.

5 / Maruoka Castle / all year round

Maruoka Castle is a relatively small historic complex but one of Japans few remaining original castles.

Constructed in the late-16th century, only the original keep (main tower) and walls remain today, with the surrounding grounds now a public park with many cherry blossom trees – something which is typical in cities throughout Japan.

Visitors to the castle and enter the keep and inspect the interior design of the castle, with a nearby museum providing information and artefacts from its long history.

Another small castle in Ono City, Echizen Ono Castle sits at around 250 metres above sea on a hill above the surrounding plain. When weather conditions are right, cloud and mist sit below the castle providing the appealing illusion that it is floating in the sky.

Sometimes referred to as the ‘Castle in the Sky’, Echizen Ono should not be mistaken for Takeda Castle in Hyogo, more famously known as a castle in the clouds or sky.

While the original castle was built in the 16th century, the current tower is a 20th century reconstruction.

When heading to the Ichijodani Asakura Clan Ruins, it’s important to understand what to expect.

Once the base of the powerful Asakura clan during the Muromachi Period (1333-1573), the “ruins” are compromised of excavated areas and facsimiles of walls and gates and some reconstructed buildings.

As such, the Ichijodani Asakara Clan Ruins provide an interesting insight into what was – more than 400 years ago – a thriving cultural and commercial centre.

8 / Tojinbo Cliffs / all year round

Located around 25km to the northwest of Fukui City, on the rugged coast along the Sea of Japan, the Tojinbo Cliffs are a unique and geologically important site.

Along a 1km stretch of the coastline, basalt cliffs have been eroded by the constant movement and pull of the ocean, leaving a unique formation of what appear to be stone pillars.

This is only known example of this perplexing natural feature in Japan and one of only three known formations in the world.

In good weather, 30-minute boat cruises provide visitors with a view of the coast from the water however the experience is perhaps best enjoyed exploring by yourself on-foot. Just make sure to watch your step!

9 / Yokokan Garden / all year round

Sadly destroyed by air raids during World War II, Yokodan Garden and the Fukui Matsudaira Villa were thoughtfully restored in 1982 and are now regularly cited as one of Japan’s most beautiful gardens.

As a former residence of the Matsudaira clan, the villa and gardens hosted guests of high status and tea ceremonies. The gardens feature a large pond that surrounds the villa, giving the impression that is it floating in water.

The garden is particularly beautiful in autumn, as leave change colour and turn the surrounding landscape red, gold, orange and brown.

One of the most enjoyable parts of travelling around Japan is the fantastic food served-up all over the country. When in Fukui, make sure to try these local specialities:

Japanese love crab and Echizen Crab is considered some of the best! The meat has a sweet flavour and appealing texture, and when boiled, the crabs turn a bright orange-red colour.

Fukui’s crab-fishing industry is one of the oldest, if not the oldest, in Japan and its highly-desired crabs are served to the Japanese Royal Family.

Known as a type of winter or ‘snow crab’, Echizen Gani is best enjoyed during the fishing season, from November to March with the crab prepared a variety of ways including sashimi, grilled, boiled, shabushabu and more.

Another traditional Fukui dish dating back to the Edo Period, Saba no Heshiko is a type of fermented mackerel, produced by removing the internal organs of the fish, packed with bran and salted.

Left to then ferment for up to one year, the fish is then washed and cleaned before serving, thinly sliced and possibly grilled before serving atop fresh rice or as a side dish, enjoyable with sake,

Anyone living in Japan or traveling here will quickly notice how ubiquitous soba (buckwheat noodles) is throughout the country, and how just as often, each region claims theirs as the best. In truth, there’s lots of good soba everyone including Fukui and its local Echizen Oroshi Soba.

The noodles are combined with spicy grated radish, chopped green onions and bonito (fish flakes) in a cold broth. Very healthy and with a distinct taste, soba is always a light and enjoyable meal option.

Please refer to our ‘How to Get to Fukui’ page for details and information regarding how to reach Fukui using public transport.

For guests wanting to visit and explore Central Japan in the comfort and convenient of their own vehicle, we can arrange private tours and charters customised to fit your needs including starting and ending at any destination.

Locally-based and operating all year round, we have the expertise and experience to help you get the most out of your time in the region including combining your visit with regional attractions including the Jigokudani Monkey Park.

Our drivers and vehicles are fully certified, allowing us to transport you to and from your preferred destinations, in combination with any activity that suits your interests and schedule.

We can arrange both private tours with an English-speaking guide or a private charter, including a private vehicle and driver but without a guide – whichever works best for you!

Awarded a 2019 TripAdvisor Travelers’ Choice Award for our 1-Day Snow Monkeys, Zenko-ji Temple & Sake Tour – recognised as one of the Top 10 Experiences in Japan – Snow Monkey Resorts is Nagano’s No.1 tour and charter operator.

Locally-based and operating all year round, we offer the local knowledge, support, and service that you need to get the most out of your adventure in Japan.

Got a question about visiting Central Japan? Feel free to contact us at snowmonkeyresorts@machinovate.com and let’s get planning together! 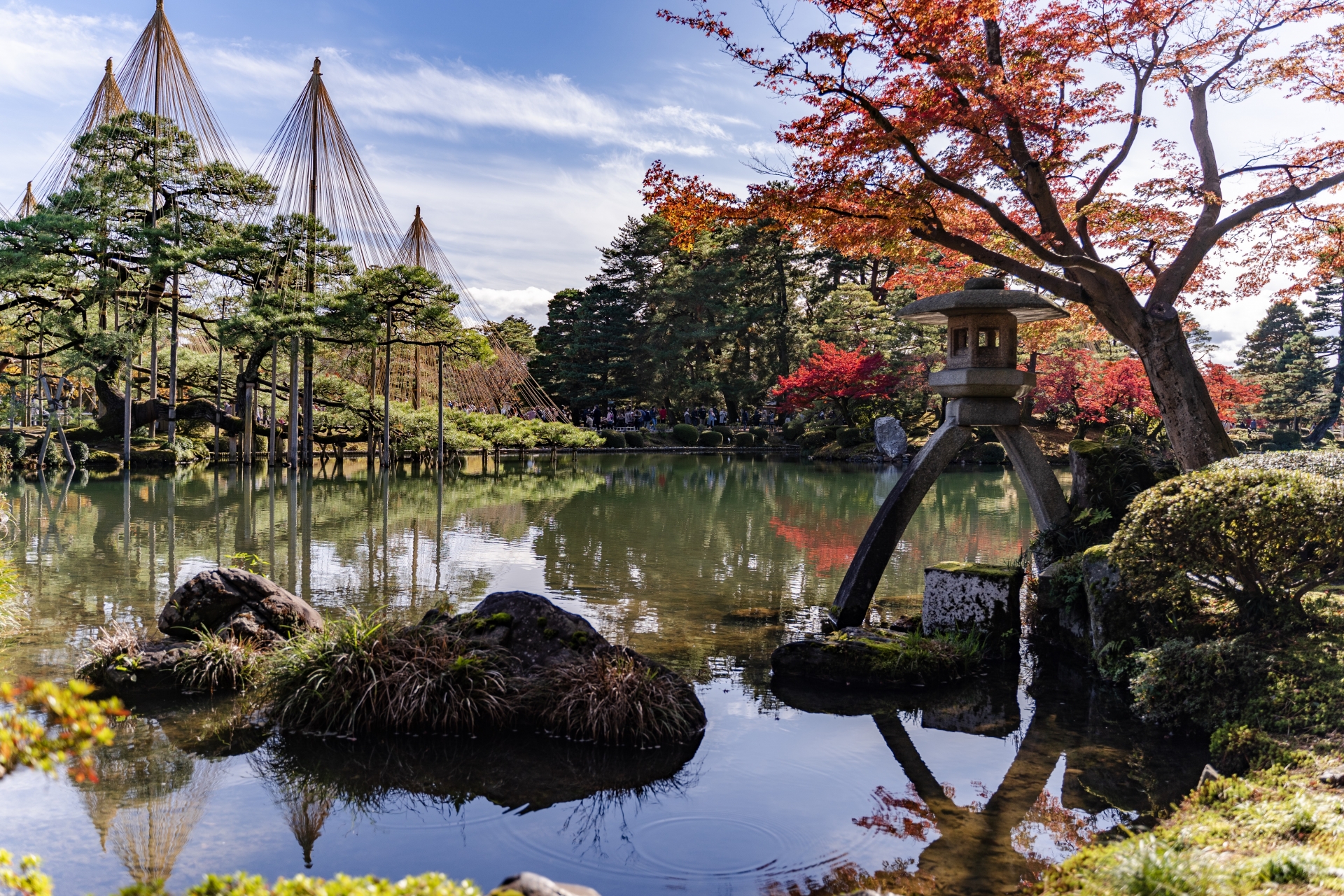