DESTINATIONS
20. KYOTO, NARA & OSAKA
Where to Stay in Osaka & Kansai International Airport?
BACK TO LIST

Where to Stay in Osaka & Kansai International Airport?

As Japan’s third largest city it’s something of an understatement to say that Osaka is big. Huge would be a better description – huge, exciting and confusing. Much like visiting Tokyo, getting the most out of your time in Osaka starts before you even get there by choosing accommodation in a convenient area of the city. In this regard, we recommend staying in close proximity to a major/hub station, allowing you use the city’s extensive train network to move around and enjoy everything Osaka has to offer.

The following page includes our recommendations of where to stay while in Osaka including accommodation in and around Kansai International Airport which lies to the south-west of the central city on a man-made island on Osaka Bay. For suggestions of things to do and see while there, see our ‘40 Things to Do in Kyoto, Nara & Osaka’ page.

For detailed information about getting to Osaka, see our ‘How to Get to Osaka’ page. In terms of choosing your accommodation in a city the size of Osaka, we recommend staying nearby one of the major train stations allowing quick and easy use of the city’s fantastic train network. For international visitors using the Shinkansen (Bullet Train) network to move around Japan, Shin-Osaka Station is a good option (as discussed below) however the most popular accommodation areas in the city are those around Umeda Station, Namba Station and Shinsaibashi Stations:

Often referred to ‘Kita’ or the northern district of downtown Osaka, Umeda is considered by many visitors as the best place to stay in the city. The area boasts many hotels, great shopping, plenty of restaurants and numerous train lines running in and out of several major stations including JR Osaka Station, Osaka-Umeda Station and Umeda Station.

High-end accommodation including Conrad Osaka, InterContinental Osaka, The Ritz-Carlton, Hotel Hankyu International and the Hilton Osaka are all located in the Umeda Station Area with mid-range options including Mitsui Garden Hotel Osaka Premier, ANA Crown Plaza Osaka and Imperial Hotel Osaka. Just over 5-minutes by train to Shin-Osaka Station – terminus of the San’kyo and Tokaido Shinkansen lines – and around 10-minutes from the dining and nightlife hubs of ‘Minami’ including Dotonbori, Shinsaibashi-suji and Namba, the Umeda Station Area is a great part of the city in which to base yourself.

For accommodation listings in the area, see our ‘Umeda Station Area’ hotel page.

Lying directly south of Kita/Umeda Station Area, ‘Minami’ is the southern part of downtown of Osaka and another great area to stay.  This is dining and nightlife hub of Osaka with its famous neon signs of Dotonbori, shopping arcade Shinsaibashi-suji and Amerika-mura located in this area along with the always popular shopping and dining oasis of Namba Parks.

The Namba Station Area has more mid-range accommodation options than high-end with options including Namba Oriental Hotel, Hotel Monterey Grasmere and Hotel Royal Classic Osaka. Visitors wanting to enjoy some of the best of Osaka’s nightlife without having to worry about missing the last train should consider basing themselves in this area and by doing so, be right in the heart of the action.

For accommodation listings in the area, see our ‘Namba Station Area’ hotel page.

Also part of the Minami district, the area around Shinsaibashi Station lies to the north of Dotonbori and is similarly well-suited to any visitor wanting to be in the centre of the city and surrounded by dining, shopping and nightlife.

Staying in and around Shinsaibashi Station is very convenient given its proximity to Dotonbori and Namba (just to the south) with train services also running north to Yodoyabashi, Umeda and Shin-Osaka. High-end hotels around the station include Hotel Nikko Osaka, The Bridge Hotel Shinsaibashi and Hotel The Grandee Shinsaibashi.

For accommodation listings in the area, see our ‘Shinsaibashi Station Area’ hotel page.

Positioned between Kita and Minami, the area around Hommachi Station can be considered as the centre of the city, making it an attractive area to stay. If you’re feeling energetic and can walk from Hommachi into the areas of Kita and Minami while the Midosuji subway line also runs to and from Hommachi Station allowing you to move easily around the city. There isn’t much to do in the area however this means accommodation prices are cheaper than the more popular areas surrounding it, while still offering lots of good dining options. There also aren’t as many high-end options in the area however St. Regis Osaka is a notable exception with plenty of good mid-range hotels including APA Hotel & Resort Midosuji Hommachi Eki Tower.

For accommodation listings in the area, see our ‘Hommachi Station Area’ hotel page.

A largely commercial and shopping precinct, the area around Yodoyabashi Station is situated to the north of more popular areas such as Kita and Minami and just to south the Shin-Osaka Station. As such, it’s another convenient area to stay however it doesn’t boast a lot of attractions or entertainment. The main appeal is that it’s also very central and accommodation tends to be cheaper than the surrounding areas. You won’t high a lot of high-end accommodation around Yodoyabashi however there’s plenty of mid-range and budget options making it a good option for travellers wanting to save a little money but not sacrificing convenience of location.

For accommodation listings in the area, see our ‘Yodoyabashi Station Area’ hotel page.

Lying to the north of the areas discussed above, the area around Shin-Osaka Station is a good option for travellers wanting to be near the Shinkansen (Bullet Train) lines running to and from the station. The Tokaido Shinkansen line runs east into Central Japan including stops at Kyoto and Nagoya before terminating at Tokyo Station – from where multiple shinkansen lines run to the north including to Nagano and further to the north-east. Alternatively, the San’yo Shinkansen line runs from Shin-Osaka Station to the west while the Limited Express Haruka connects Shin-Osaka Station to Kansai International Airport in 50 to 55-minutes and the Limited Express Thunderbird heads north to Fukui and Kanazawa. In short, it’s a very convenient spot to stay when moving around Japan by train.

As the city’s major shinkansen station, there is no shortage of accommodation in the area with popular options including the Courtyard by Marriot and Karaksa Hotel Grande Shin-Osaka Tower. Remaining relatively central, there’s a good number of dining options in the area but in terms of nightlife it’s fairly quiet. When choosing to stay in the area you are prioritising the convenience of access to the shinkansen lines and not needing to carry your luggage around town, while remaining within easy access of the main shopping and entertainment districts.

For accommodation listings in the area, see our ‘Shin-Osaka Station Area’ hotel page.

As one of the most popular attractions in the city, there’s a good chance you might be visiting Osaka Castle during your stay. Lying to the west of Yodoyabashi Station, it’s an easy area to reach but not so popular as an area to stay. The big attraction of choosing this area is proximity to the castle and expansive park that surrounds it. Accommodation tends to be cheaper while allowing access to the park, a good option for those who want to be able to escape the congestion by strolling or jogging in the park during their stay in Osaka. An expansive area, multiple stations provide access to the Osaka Castle Park area including Temmabashi Station, Morinomiya Station, Osakajokoen, Osaka Business Park Station and the more distant Kyobashi Station.

Located to the south of the Namba Station area, the neighbourhoods around Tennoji Station are enjoying revitalisation and increasing popularity over recent years. Considered a little more rough and ready – in a city already considered a little rough and ready (by Japanese standards) – Tennoji is a good option for travellers wanting to spend a little less while enjoying some good shopping, dining and nightlife. High-end options include the Osaka Marriot Miyako Hotel with plenty of mid-range and budget options also available. One big advantage of staying in Tennoji is access to the Limited Express Haruka which runs from the station to Kansai International Airport in just 35-minutes.

For accommodation listings in the area, see our ‘Tennoji Station Area’ hotel page.

Heading west from central Osaka, the area around Universal City Station is popular for one reason, and one reason only – Universal Studios Japan (USJ). One of the country’s most popular attractions, the expansive theme pack boasts multiple family-oriented hotels including Liber Hotel, The Park Front Hotel. Hotel Universal Port Vita, Hotel Keihan Universal Tower and Hotel Keihan Universal City. If USJ is a big part of the reason you’re headed to Osaka, including travellers who plan to spend more than one day enjoying the park and those with young children, staying in the area is a great way to have easy access to it while still only being around 10 to 15-minutes by train from the central Osaka Station.

Osakako Station services the attractions of Tempozan Harbor Village including the always popular Osaka Aquarium Kaiyukan and Tempozan Giant Ferris Wheel. Though well away from the city centre, Osakako Station is only 10-minutes by train from Hommachi Station, meaning that it remains easy and quick to get from there into the popular areas of Umeda, Kita and Minami – via Hommachi. The real attraction of staying in this area is being nearby the aquarium – one of Osaka’s most popular attractions – and for that reason, accommodation isn’t notably cheaper despite being away from the central city. It is also important to note that while it is located to the south of Universal City Station, the two precincts are not connected by any train lines and therefore are quite distant in terms of moving from one to the other, requiring you to come back into central Osaka and switch train lines.

For accommodation listings in the area, see our ‘Osakako Station Area’ hotel page.

Around 45-minutes from Namba Station, Kansai Airport Station services Kansai International Airport – one of Japan’s busiest airports. Located on a man-made island on Osaka Bay, the area is well-away from the attractions of the city however it might be an attractive option for travellers arriving late or departing early. Hotel Nikko Kansai Airport is located at the airport with many other options located over the bridge around Rinku Town Station.

Based in Nagano and operating all year round, we are a No.1-rated tour and charter operator, offering a range of services including group tours, private tours and charters.

Our drivers and vehicles are fully certified, allowing us to transport you to and from your preferred destinations, in combination with any activity that suits your interests and schedule including transport to and from any ski resort in the region.

We can arrange both private tours with an English-speaking guide or a private charter, including a private vehicle and driver but without a guide. We’d love to be part of that experience and help you discover even more!

Awarded a 2019 TripAdvisor Travelers’ Choice Award for our 1-Day Snow Monkeys, Zenko-ji Temple & Sake Tour – recognised as one of the Top 10 Experiences in Japan – we have the local knowledge and experience to help you get the most out of your time in Central Japan.

Got a question about arranging a charter or tour in Central Japan? Feel free to contact us at snowmonkeyresorts@machinovate.com and let’s get planning together! 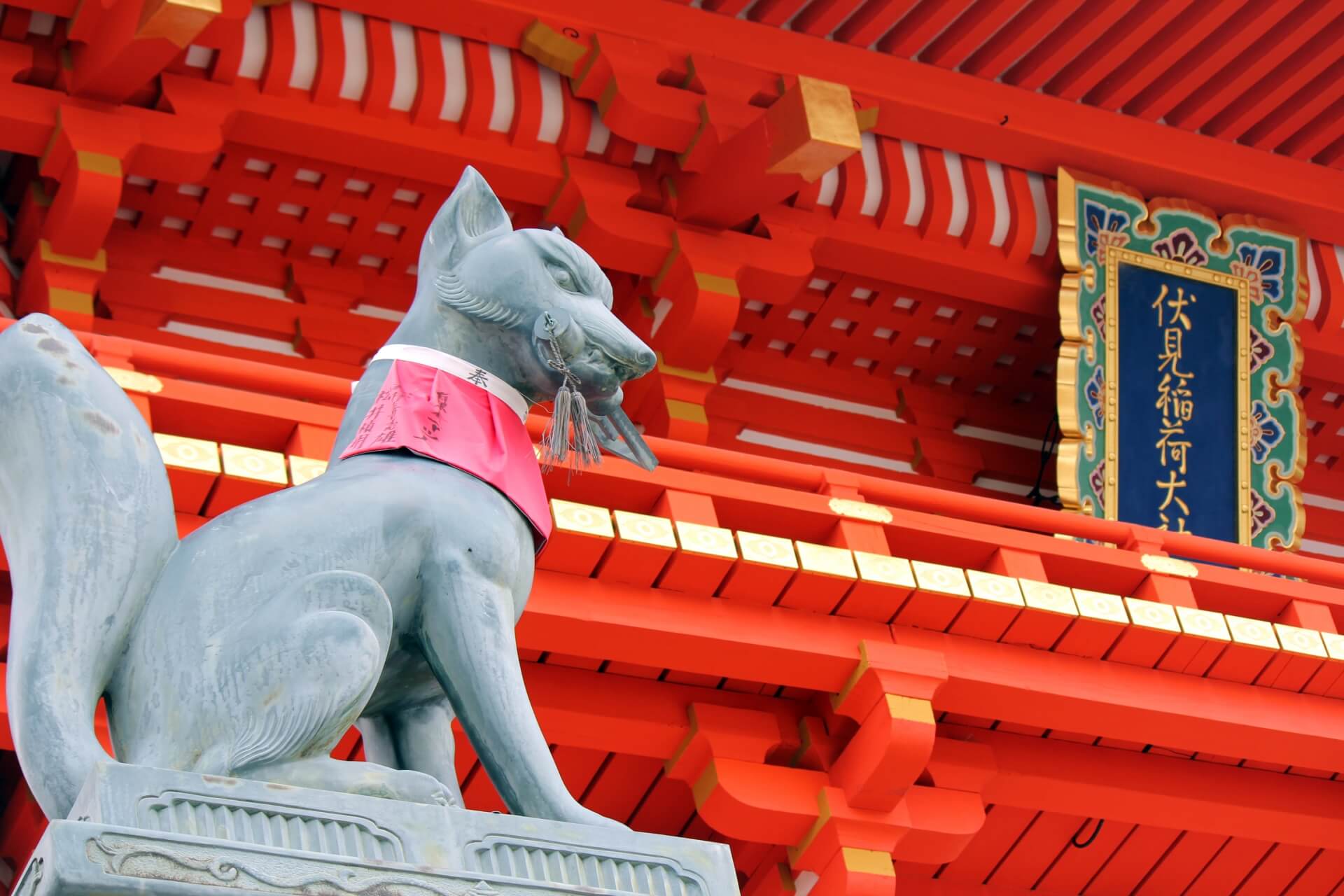