DESTINATIONS
YUZAWA & NIIGATA
How to Get to Yuzawa
BACK TO LIST

How to Get to Yuzawa

Yuzawa is a popular hot spring town located in Niigata. Best-known as a winter destination due to the surrounding ski resorts, Yuzawa is easy to access using the Joetsu Shinkansen running from Tokyo to Niigata via Echigo-Yuzawa Station. On this page you will find the following information:

— How to Get to Yuzawa

— How to Get to the Yuzawa Ski Resorts

— 15 Things to Do Around Yuzawa & Where to Stay

Yuzawa has long been known for its heavy snowfall, and as such, is traditionally at its busiest during winter with GALA Yuzawa and other nearby resorts attracting lots of visitors from Tokyo and beyond. Over recent years however an all-year-round to events including Japan’s largest music festival, Fuji Rock, and the increasingly popular Echigo Tsumari Art Field draw more and more visitors to the region, most of whom do so via Echigo-Yuzawa Station.

For international visitors, Yuzawa is easy to reach using the Joetsu Shinkansen and from the station, local buses and taxis can run you to many nearby destinations. Travellers wanting to enjoy the many attractions of Echigo-Tsumari and other regional activities, arranging your own transport once there will be your best bet as things tend to be spread-out.

The hot spring town of Yuzawa is located in Niigata Prefecture, around 180KM (3.5 hours drive) from central Tokyo. The Joetsu Shinkansen line running from Tokyo Station to Niigata Station includes a stop at Echigo-Yuzawa Station, around which the town is spread-out, making it easy to reach from the capital. While the town is one of Japan’s most famous ‘onsen’ (natural hot spring) towns, in recent decades it has become best known as one of the ski areas most accessible from Tokyo (thanks to the shinkansen line). Services run frequently to Echigo-Yuzawa Station while in winter, Gala Yuzawa Station operates below the ski fields of GALA Yuzawa Resort, allowing skiers and snowboarding direct access to the ski fields. A little further afield, resorts including Naeba and Kagura are popular and can be reached using shuttle buses from Echigo-Yuzawa Station.

Easy to get to, exploring the surrounding area is less easy using public transport. Shuttle buses will operate from the station to most ski resorts during winter and to Naeba during Fuji Rock Festival, however outside of those times, hiring a car will be the most convenient way to enjoy the area including seeking-out the widespread installations of Echigo-Tsumari Art Field. Echigo-Yuzawa Station also acts as the north-eastern gateway to Joshinetsu Kogen National Park with destinations including Mount Naeba and Mount Tanigawa lying within its boundaries.

HOW TO GET TO YUZAWA

Yuzawa is easy to reach thanks to the Joetsu Shinkansen which stops at Echigo-Yuzawa Station enroute between Tokyo and Niigata. In this section you will find information on how to reach Yuzawa from the following starting points:

We endeavour to keep this information as up-to-date as possible and in recognition that most international visitors will be using the train network to move around Japan, most directions are for using the trains. If there is alternative option i.e. express or local bus, that is notably faster or economical, we also include that information.

Is the southern terminus of the Joetsu Shinkansen Line, reaching Yuzawa from Tokyo is simple. The following stations are on the Joetsu line:

From Tokyo Station, take the Joetsu Shinkansen to Echigo-Yuzawa Station – 75 to 90 minutes / JPY6260. For information regarding how to reach Tokyo from either Narita Airport or Haneda Airport, please refer to the relevant page.

FROM NARITA AIRPORT / between 2.5 to 3 hours

To reach Yuzawa from Narita Airport, you will first need to head into Tokyo. Two rapid train services connect the airport to central Tokyo:

1 / the Narita Express (NEX) runs from Narita to Tokyo Station. It takes 55 minutes to reach Tokyo Station (depending on the service) and costs JPY3070 with trains departing every 30 to 60 minutes. Once at Tokyo Station, follow the directions above.

2 / the Keisei Skyliner runs from Narita to Ueno Station. It takes between 40 to 55 minutes to reach Ueno Station and costs JPY2520 with trains departing every 30 to 40 minutes. Once at Ueno Station, transfer to the Joetsu Shinkansen bound for Yuzawa.

To reach Yuzawa from Haneda Airport, you will first need to head into Tokyo. Two rapid train services connect the airport to central Tokyo:

FROM NIIGATA CITY / between 40 to 50 minutes

Takasaki itself is not a popular destination for international visitors it is however a convenient station at which to transfer from the Joetsu Shinkansen line to the Hokuriku Shinkansen line and onto destinations such as Nagano City, Kanazawa and others – see below. For visitors heading to Yuzawa directly from Takasaki Station, it’s a simple and quick journey – 25 to 30 minutes / JPY3560.

Nagano City is the northern gateway to Nagano Prefecture including its many ski resorts. As a stop on the Hokuriku Shinkansen line running from Tokyo to Kanazawa, its easy to reach Yuzawa from Nagano by transferring at Takasaki Station. From Nagano Station, take the Hokuriku Shinkansen to Takasaki Station – 45 to 50 minutes – and transfer to the Joetsu Shinkansen bound for Echigo-Yuzawa – 30 minutes – a total journey time of between 80 to 110 / JPY8250 (depending on the specific schedule).

FROM THE JIGOKUDANI MONKEY PARK / between 3 to 4 hours

FROM KANAZAWA & TOYAMA / between 3 to 4 hours

FROM MATSUMOTO / between 3 to 4 hours

Reaching Echigo-Yuzawa from Takayama takes time and is most easily done via Toyama and Takasaki. From Takayama Station, take the Limited Express ‘Hida’ service to Toyama Station – around 90 minutes / JPY2890. Once you are in Toyama, follow the directions above to reach Yuzawa.

For visitors heading to Yuzawa from Kamikochi, take the bus from the Kamikochi Bus Terminal to Shin-shimashima Station and transfer to the Kamikochi Line bound for Matsumoto Station – this takes around 2 hours. Once in Matsumoto, follow the directions above to reach Nagano and onto Echigo-Yuzawa.

FROM SHIRAKAWA-GO & GOKAYAMA / between 4 to 5 hours

Visitors travelling from the villages of Shirakawa-go and Gokayama to Echigo-Yuzawa have the option to do so via Toyama, Kanazawa and Takayama. We recommend doing so via Toyama. To do so, take the bus from Ogimachi – the main village of Shirakawa-go and Gokayama – to Toyama Station – around 60 minutes / JPY1730. Please see the following page for information including timetables and fares to and from Toyama. Once in Toyama, follow the directions above to reach Echigo-Yuzawa.

When heading to Echigo-Yuzawa from the Tateyama-Kurobe Alpine Route, it will be most convenient to ascend on the Nagano-side of the mountain range to Ogizawa Station. From Ogizawa Station, the Alpico Bus to Nagano Station – approximately 100 minutes journey time. Once at Nagano, follow the directions above to reach Echigo-Yuzawa. While we recommended following the directions above to reach Yuzawa via Ogizawa and Nagano, it is also possible when coming down the Toyama-side of the Alpine Route. For those who choose to do so, take the Toyama Chiho Railway from Tateyama Station to Toyama and transfer to the Hokuriku Shinkansen at Toyama Station, bound for Takasaki. Once at Takasaki, follow the directions above to reach Yuzawa.

Both Kyoto Station and Shin-Osaka Station are also stops on the Tokaido Shinkansen line, making it easy to get to Yuzawa. The journey takes around 130 minutes / JPY13,320 from Kyoto and 150 minutes / JPY13,870 from Shin-Osaka. Once in Tokyo, follow the directions above and transfer to the Joetsu Shinkansen bound for Echigo-Yuzawa.

HOW TO GET TO THE YUZAWA SKI RESORTS

For international visitors heading to the resorts of Yuzawa, you will almost certainly make the journey via Echigo-Yuzawa Station. As detailed in the section above, Echigo-Yuzawa is easy to reach using the Joetsu Shinkansen, Once there, follow these directions to reach the most popular resorts:

GALA YUZAWA SNOW RESORT: for visitors headed to the popular GALA Yuzawa, there’s no need to get off the train at Echigo-Yuzawa, Simply stay on the train and go one station further to Gala Yuzawa Station – a station directly below the ski fields that only operates in winter. There are many services from Tokyo each day, taking between 75 to 100 minutes (depending on which service you choose) / JPY7620. Alternatively, a free shuttle bus operates to the resort from Echigo-Yuzawa Station, taking only 10 minutes to reach the resort.

NAEBA SKI RESORT: Prince Hotel operates a complimentary shuttle bus for hotel guests from outside the East Exit of Echigo-Yuzawa Station. In winter, buses depart around once an hour between 09:15 and 21:40. The bus takes between 30 to 50 minutes to reach the resort. For non-hotel guests, a highway bus also operates from the station to Naeba, also taking around 50 minutes.

MUIKAMACHI HAKKAISAN SKI RESORT: Hakkaisan is located a little further from Echigo-Yuzawa than the other resorts but it’s worth making the effort and will be easiest for visitors with their own transport/rental car. On weekends and holidays between December 21st and March 15th, a free shuttle bus runs from the East Exit of Echigo-Yuzawa Station. It takes around 60-minutes. Alternatively, local buses run from Muikamachi Station – the nearest station to the resort – taking around 30-minutes to reach Hakkaisan.

Thanks to the shinkansen line running from Tokyo, GALA Yuzawa is arguably the easiest ski resort to reach from the capital – and many people choose to do so. If you’re headed to Yuzawa this winter, it pays to do your research as there may be better resorts within easy reach of Yuzawa town that are better-suited to you and if nothing else, ones that are less crowded. Our Best ‘Yuzawa Ski Resorts’ page has everything you need to know when planning your next winter getaway.

15 THINGS TO DO AROUND YUZAWA & WHERE TO STAY

Known fondly as ‘yukiguni’ or ‘snow country’, Yuzawa and the surrounding area is famous as an area of heavy snow, ski resorts and a unique local culture. But did you know there’s even more reasons to visit outside of winter when Naeba Ski Resort hosts Japan’s largest music festival, Fuji Rock Festival and Echigo-Tsumari Art Field attracts visitors from all over the world. Our ’15 Things to Do Around Yuzawa & Where to Stay’ page tips and suggestions of just what’s on offer in the area including accommodation listings.

Snow Monkey Resorts is Nagano’s No.1 tour and charter operator. We have the local knowledge of where and when to go, to help you discover and enjoy the region’s many ski resorts and other fantastic destinations and activities.

For guests wanting to access the resorts in the comfort of their own transport, we can arrange a private tour or charter customised to fit your needs, starting and ending at any destination including from/to  Nagano Station and any resort in the region. Our drivers and vehicles are fully certified, allowing us to transport you to and from your preferred destinations in combination with any activity that suits your schedule.

All vehicles are fitted with a protective screen – separating the driver from passenger and luggage area – and our drivers wear protective masks, allowing you to move between your destinations in comfort and safety. We can arrange both private tours with an English-speaking guide or a private charter, including a private vehicle and driver but without a guide. We’d love to be part of that experience and help you discover even more!

Got a question about visiting Yuzawa and Central Japan? Contact us and let’s get planning together! 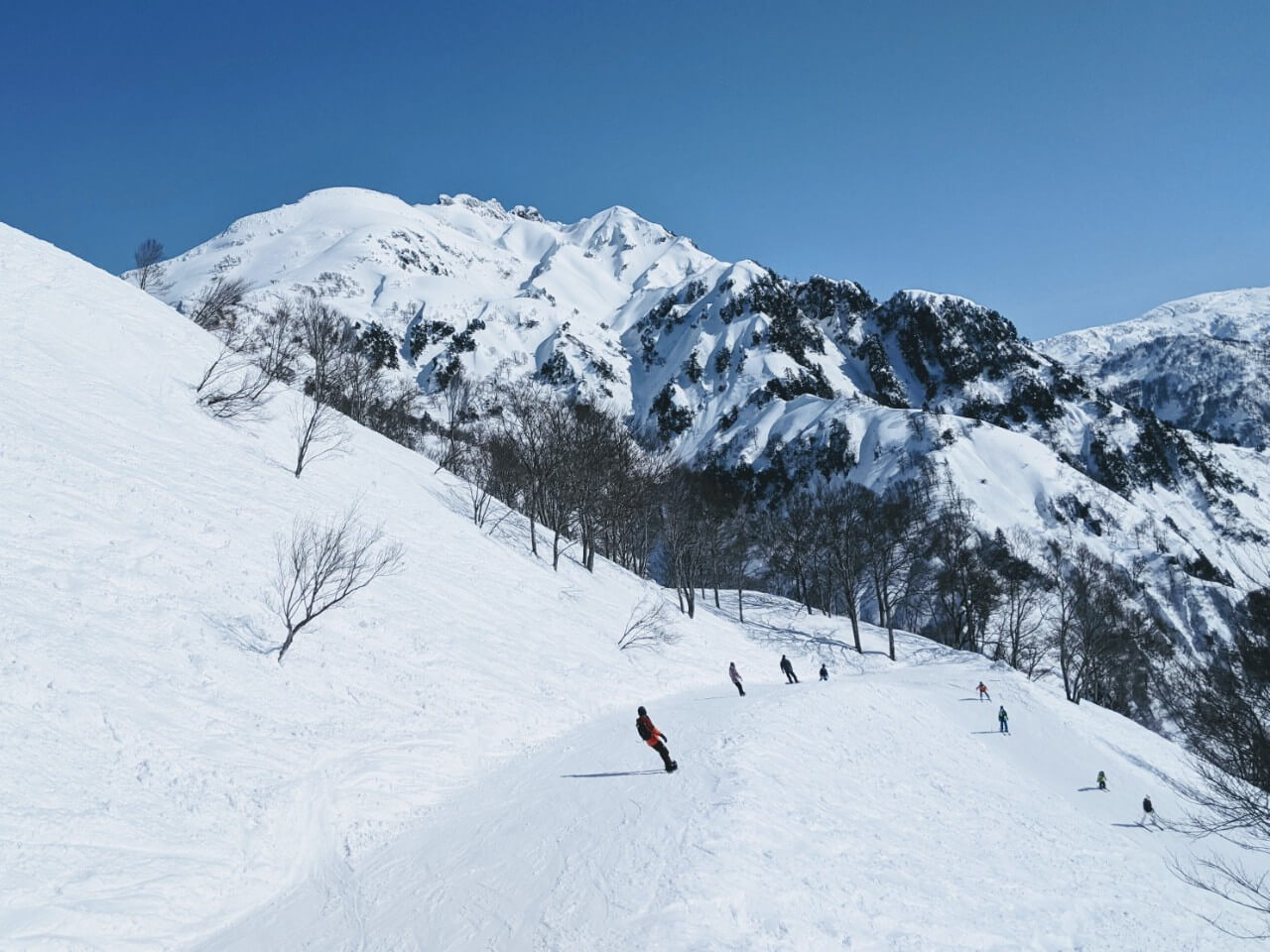