DESTINATIONS
KYUSHU & OKINAWA
How to Get to Fukuoka
BACK TO LIST

How to Get to Fukuoka

As the largest city in Kyushu, Fukuoka is easy to reach using train services operating from the city’s main station – Hakata Station – along with domestic and international flights servicing Fukuoka Airport and ferry services to Honshu and other islands. On this page you will find the following information:

— How to Get to Fukuoka by Train

— How to Get to Fukuoka by Flight

— How to Get to Fukuoka by Ferry

— 30 Things to Do Around Kyushu & Where to Stay

Fukuoka is the largest city in Kyushu and for many travellers, the gateway to the entire region. In addition to the rail, flight and ferry services discussed below, express bus services also connect Fukuoka to many regional destinations making it the most convenient point from where to head in or out of Kyushu.

A vibrant and lively city, Fukuoka is all about good food and having fun before heading further into Kyushu to discover some of Japan’s most rewarding destinations. But before heading-on, make sure to give yourself enough time to enjoy the city, especially for visitors heading there in July when the city hosts the raucous ‘Hakata Gion Yamakase’ Festival. For more suggestions on what’s on offer in Fukuoka and nearby destinations, see our ’30 Things to Do Around Kyushu & Where to Stay’ page.

Fukuoka is the largest city on the island of Kyushu and the sixth largest in Japan. Serviced by Fukuoka Airport and Hakata Station, the city acts as a primary entry and exit point for Kyushu, with road, rail, ferry and air services connecting the city to Japan’s main island of Honshu while flights also connect Fukuoka to many international destinations. Located around 1000km from Tokyo and 585km from Osaka, Fukuoka is easy to get to thanks to the services referenced above, including the San’yo Shinkansen line running from Osaka to Fukuoka via Kobe, Hiroshima and other cities to Hakata Station. Hakata is also the terminus of the Kyushu Shinkansen line, with services running to Kumamoto, Kagoshima and other cities. Fukuoka itself is a vibrant city known for its fantastic food scene and nightlife and the ideal starting point from where to explore the surrounding region.

HOW TO GET TO FUKUOKA BY TRAIN

Hakata Station is the largest and busiest train station in not just Fukuoka, but all of Kyushu making it the primary transit point for travellers moving to and from Kyushu by rail. In this section you will find information regarding how to reach Fukuoka from the following starting points:

We endeavour to keep this information as up-to-date as possible and in recognition that most international visitors will be using the train network to move around Japan. We start with three other destinations in Kyushu – Kagoshima, Kumamoto and Nagasaki – and then move onto popular starting points on Honshu including Hiroshima, Osaka, Tokyo and others. The services listed below – other than the fastest services on the San’yo and Tokaido Shinkansen lines – are covered by the Japan Rail (JR) Pass. It should also be noted that all listed fares are accurate as of time of first publication but are subject to change. Listed fares should therefore be considered as indicative of the likely fare.

Kagoshima-chuo Station is the southern terminus of the Kyushu Shinkansen line, making it an easy starting point from where to reach Fukuoka. Services from Kagoshima-chuo Station to Hakata Station run regularly through the day from 06:10 to 22:20, taking 75 to 110 minutes (depending on which service you choose) / JPY10,110.

Kumamoto Station is a stop on the Kyushu Shinkansen line, making it another easy starting point from where to reach Fukuoka. Services run regularly through the day between 06:00 to 23:20 and take 40 to 50 minutes / JPY4700 to reach Hakata Station.

FROM NAGASAKI / between 2 to 3 hours

Unlike the two cities above, Nagasaki is not a stop on the Kyushu Shinkansen line. However, it’s still easy to get to Fukuoka from Nagasaki using limited express or local services. The Limited Express ‘Kamome’ runs directly from Nagasaki Station to Hakata Station – taking 2 to 25 hours / JPY5060 – or alternatively, you can take a local service to Isahaya Station and then transfer to a ‘Kamome’ service – taking around 3 hours / JPY4660.

Moving away from Kyushu, Hiroshima Station and Hakata Station are connected by the San’yo Shinkansen line. Services run regularly throughout the day, from 06:00 to 22:00, taking 70 to 100 minutes (depending on which service you choose) / JPY8570.

Shin-Kobe Station is a stop on the San’yo Shinkansen line running to Hakata Station. Services run regularly throughout the day, from 06:00 to 21:00, taking between 130 to 220 (depending on which service you choose) / JPY14,420.

Shin-Osaka Station is the eastern terminus of the San’yo Shinkansen line running to Hakata Station. Services running all way between the two station operate frequently throughout the day, from 06:00 until just after 19:00, taking between 150 to 240 minutes (depending on which service you choose) / JPY14,420.

Kyoto Station is a stop on the Tokaido Shinkansen line – running from Tokyo Station to Shin-Osaka Station – with some services carry-on past Osaka onto the San’yo Shinkansen line without the need to transfer trains. Taking one of those services is the fastest way to move from Kyoto to Fukuoka – a journey of around 3 hours / JPY15,400. If you do need to transfer services at Shin-Osaka, it shouldn’t add a significant amount of time to your journey as long as you choose one of the faster services including the ‘Nozomi’ or ‘Mizuho’.

FROM NAGOYA / between 4 to 5 hours

Nagoya Station is another stop on the Tokaido Shinkansen line. Much like when traveling to Fukuoka from Kyoto, your best option is to take a service that connects through to the San’yo Shinkansen line without the need to transfer at Shin-Osaka. Services take around 4 hours / JPY17,830 or should you need to transfer, it will take an additional 30 to 60 minutes.

Tokyo and Fukuoka lie around 1000km apart however thanks to the shinkansen network, the journey can be covered in around 5 hours only. To do so from Tokyo Station, take a ‘Nozomi’ service on the Tokaido Shinkansen line that then runs directly onto Hakata Station. Alternatively, Fukuoka Airport is serviced by air routes from both Narita Airport and Haneda Airport – see below for details.

Kanazawa is located at significant distance from Fukuoka, taking between 5 to 6 hours to travel between the cities – a journey that is however simple and comfortable. From Kanazawa Station, take the Limited Express ‘Thunderbird’ to Shin-Osaka Station – a journey of around 2.5 hours / JPY7260 – and once at Shi-Osaka, transfer to San’yo Shinkansen service bound for Hakata Station – a total journey of 5 to 5.5 hours (depending on transfer times at Osaka) / JPY18,050.

From Nagano Station, take the Limited Express ‘Shinano’ to Nagoya Station and then transfer to a ‘Nozomi’ service on the Tokaido Shinkansen that connects through to the San’yo Shinkansen and runs onto Hakata Station – a total journey time of around 5 hours / JPY20,910.

HOW TO GET TO FUKUOKA BY FLIGHT

Given the distance of Fukuoka from many of Japan’s other major cities – such as Tokyo, Sapporo, Nagoya and Osaka – flying into the city can be a convenient and cost-effective option. Fukuoka Airport (FUK) is the largest airport in Kyushu with both domestic and international terminals. Both of Japan’s major carriers – All Nippon Airways (ANA) and Japan Airlines (JAL) – operate domestic route to major destinations including Tokyo, Osaka, Nagoya, Okinawa and more with their affiliate regional lines also covering many smaller destinations. Low-cost carriers including Jetstar Japan, Peach Aviation and others also operate to and from Fukuoka. Approximate flight times to Fukuoka Airport include:

FROM TOKYO: flights from & to Narita Airport / Haneda Airport = 120 minutes

FROM OSAKA: flights from & to Kansai Airport = 75 minutes

FROM NAGOYA: flights from & to Chubu Centrair Airport = 85 minutes

FROM SAPPORO: flights from & to New Chitose Airport = 150 minutes

FROM OKINAWA: flights from & to Naha Airport = 110 minutes

Fukuoka Airport is somewhat unique for a Japanese airport in that it is situated in the heart of the city that it services, rather than at distance from the city or on a reclaimed island as many are. Only 3km from Hakata Station – the largest train station in Fukuoka and all of Kyushu – there airport is only 5 minutes by subway from the centre of Fukuoka. It’s important to note that only the domestic terminal can be reached using the subway, while the international terminal is accessible by bus or taxi taking around 15 to 20 minutes. Moving between the domestic and international terminals is easy thanks to a 15-minute free shuttle bus.

HOW TO GET TO FUKUOKA BY FERRY

Fukuoka can also be reached by ferry from starting points including Kobe, Osaka, Tokushima (Shikoku) and Tokyo. Services do not reach Fukuoka City itself by operate to and from Shin-Moji Port in Kitakyushu. As a guide, expect the following times and prices to Shin-Moji:

From Shin-Moji Port, a shuttle taxi will transport you to nearby Moji Station, from where local train services run to Hakata Station in Fukuoka City – around 60 minutes / JPY2350.

30 THINGS TO DO AROUND KYUSHU & WHERE TO STAY

Lying to the southwest of Japan’s main island of Honshu, Kyushu is a region blessed with attractions, from the historic to the natural and the exotic. Fukuoka is the largest city in Kyushu while Nagasaki’s history transcends the national to occupy a place in the global consciousness. Kumamoto and its famous castle or Kagoshima and its nearby natural splendours including the World Heritage island of Yakushima, all combine to make this one of the most rewarding travel destinations in Japan. Our ’30 Things to Do Around Kyushu & Where to Stay’ page is a great place to start when planning your visit to the region.

Heading to Fukuoka using the rail system, flying, ferry, bus or driving yourself are all workable options. Our ‘Plan Your Visit’ page has everything you need to know about visiting Japan – from tips on the best time to travel, times to avoid, entering and exiting the country, money matters, staying connected, accommodation, staying safe and healthy and plenty more to ensure that you get the most out of your time here. 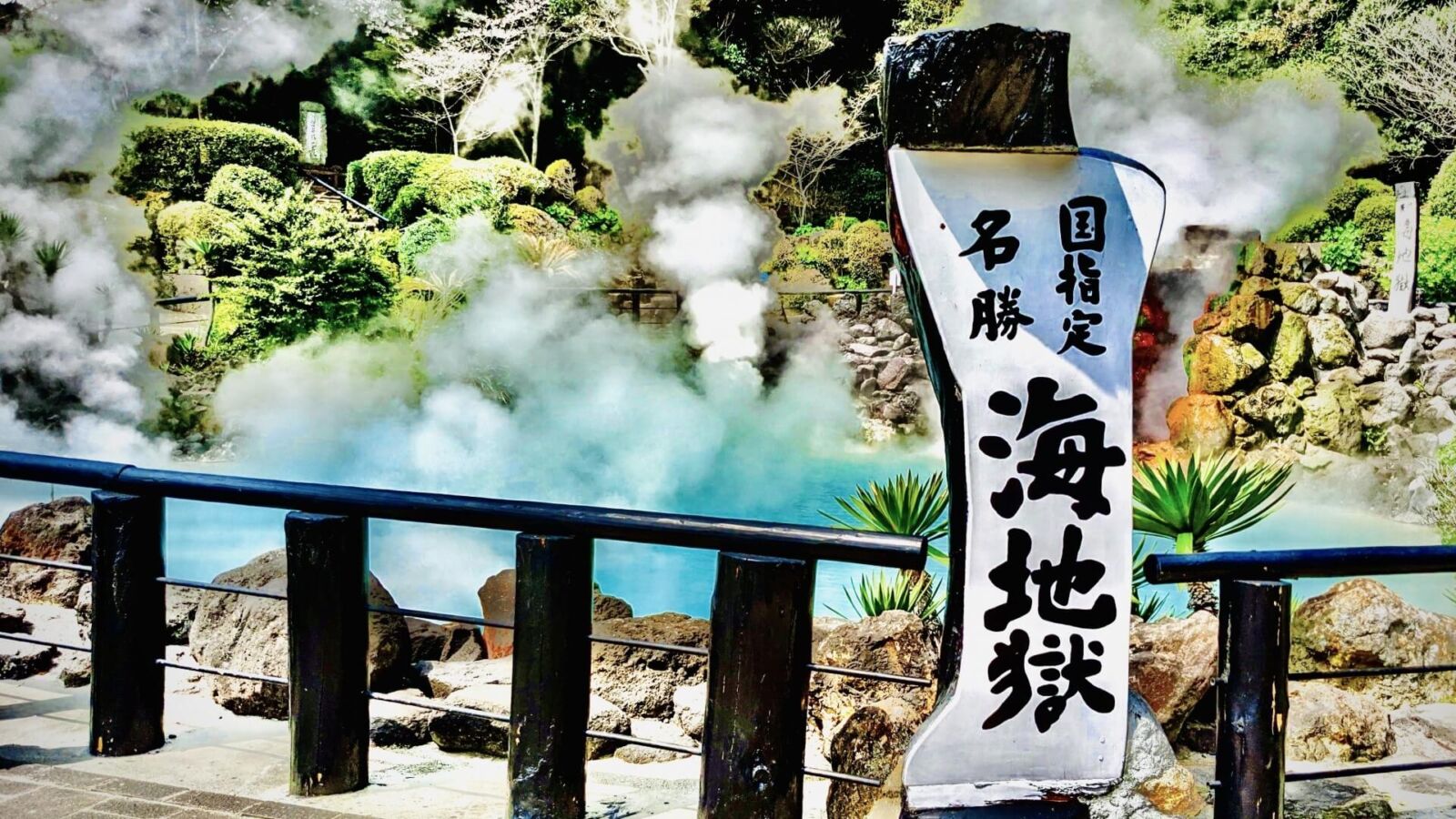