As Japan’s largest and highest ski resort, Shiga Kogen is blessed with Nagano’s longest season and most reliable snow. Well-known to locals as the best resort in the region, Shiga continues to fly under the radar for international visitors – the hidden gem of Nagano in plain sight.

Shiga Kogen is waiting for you to discover it and there’s no better way to do so than in the luxury and comfort of Grand Phenix Hotel. As the resort’s premium hotel, Grand Phenix offers the additional enticement of outstanding early season deals for accommodation packages.

From December 1st until December 13th, hotel rates are substantially reduced. As low as one-third of the peak season price, the beginning of December is an ideal time to visit Shiga Kogen and make the most of the early season snow.

With the early season opening on November 23rd followed by the official resort opening scheduled for December 7th, you can expect great snow and empty ski runs. Shiga Kogen’s expansive terrain means it gets snow long before the lower resorts are up and running. Complemented by the resorts higher altitude and colder temperatures, the snow then stays in better condition for longer.

Hotel Grand Phenix offers guests the convenience of ski in/out accommodation at the base of the Okushiga ski fields, and through the early season, provides guests with daily free shuttle services to the ski fields with the best snow at that time. Whether the first snow has fallen Okushiga or nearby Ichinose, Takamagahara, or beyond, Hotel Grand Phenix has you covered for the best early season skiing and deals in Nagano. 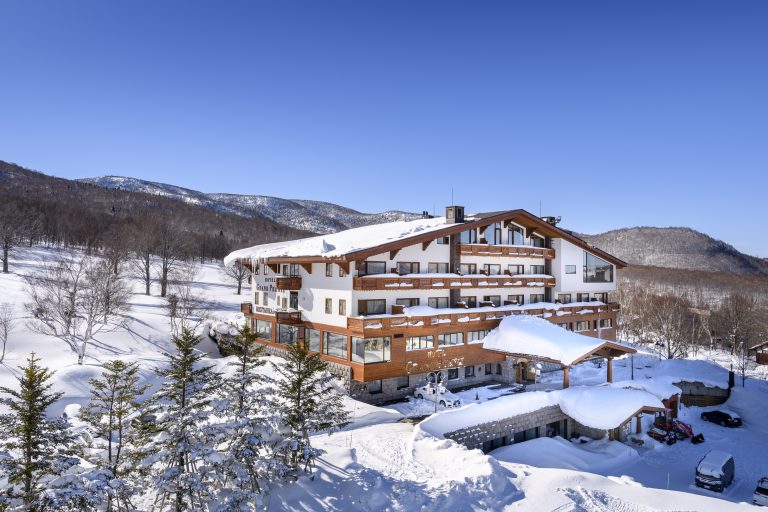