Varieties of Autumn Leaves in Japan

When it comes to Japan and autumn, the ‘momiji’ (Japanese maple) is without question the most recognisable and symbolic of trees. On this page you will find the following information:

Much like  ‘sakura’ (cherry blossom) represent spring in Japan, ‘momiji’ embody the spirit and atmosphere of autumn. But they are just one type of tree that will turn in colour come the cooler months of autumn. For this year’s forecast, see our ‘Japan Autumn Leaves Forecast’ page. Let’s now consider some of the most popular varieties of tree to seek-out during your ‘momijigari’ (autumn leaf hunting), starting with the most famous of them:

This is the most common variety in Japan found across Western Honshu, from Fukushima through to Shikoku and Kyushu. A relatively small tree it typically grows to a maximum of ten metres. The leaves split into three to seven sections and are around 5cm in diameter.

Yamamomiji have larger leaves – about 8cm in diameter – and 7 to 9 lobes.  It is most commonly found in eastern Honshu, Hokkaido and other areas that experience deep snow. The greater temperature variation in these areas imbues the leaves with even more vivid colour.

Most commonly found around the Pacific Coast, the leaves grow to around 10cm in diameter and have 5 to 9 lobes with serrated edges.

While burning red of the momiji is without question spectacular, Japan boasts multiple species of tree that turn yellow and in the eyes of many, match the maple for beauty staring with the:

The large gingko trees of Japan are one of autumn’s most spectacular sights. Turning a brilliant shade of yellow, gingko rival momiji in their beauty and can be found at many temples, shrines and parks. As an interesting fact, gingko are one of the oldest species of tree in the world and often used in traditional medicine.

Another tree that turns a brilliant shade of yellow, ‘Karamatsu’ are the only conifer that changes colour. These large trees are easy to spot, often found in national parks and through the mountains.

We could list many, many types of trees of this page but it’s important to also acknowledge that some of autumn’s best colours come in the form of shrubs and wild grasses:

The name ‘nanakamdo’ covers a variety of trees and shrubs found in the mountains, typically in areas of higher elevation. They dominant areas where large trees are sparse and turn an array of colours, creating a beautiful mosaic of red, yellow and orange.

The term ‘kusamomiji’ refers to grasses that change colour during autumn. Also usually found in areas of higher elevations, especially above the tree line in the upper reaches of mountains, the coloured-grass can in fact offer the most spectacular displays of autumn colour.

These picturesque trees with heart-shaped leaves are often found in parks and lining streets. They typically turn deep red with variations of yellow and orange while also producing small white berries.

Best known for its beautiful flowers of spring and early-summer, ‘Hanamizuki’ are one of the first trees to turn in autumn with the leaves turning red-brown.

Often planted in cities and along roads, ‘momiji-bafu’ is a large tree which is often mistaken for a member of the maple family. While they are similar in appearance, Momiji-bafuu fall in a different botanical group to the smaller momiji family. The leaves of the momiji-bafu are notably larger and less delicate, divided into 5 to 7 lobes.

Within easy reach of Tokyo, Nagano and the surrounding prefectures making-up Central Japan are blessed with some of the country’s ‘koyo’ spots, thanks to the region’s mountainous character and cooler climate. Our ’20 Best Places To See Autumn Leaves In & Around Nagano’ page introduces some of our favourite spots and when the leaves are likely to be at their best.

If you’re visiting Japan from abroad, chances are that you’ll be spending some time in Tokyo. For those heading there in autumn, the city’s parks turn-on a spectacular show of colour while other great ‘koyo’ spots are found within an hour or two of the capital. Our ’15 Best Places To See Autumn Leaves In & Around Tokyo’ page lists the best options in city for enjoy in the leaves.

Japan’s ancient capital boasts many of the country’s most important temples and shrines. Attracting millions of visitors each year, the historic sites of Kyoto are at their most spectacular in autumn, when the surrounding gardens frame the buildings in exceptional beauty. Our ’10 Best Places To See Autumn Leaves in Kyoto’ page has our recommendation of some of the best spots in the city to seek-out the leaves.

For visitors heading to our home region of Nagano and Central Japan from late-September through November, some of our most popular group tours head to destinations known for this beautiful autumn leaves including Kamikochi, the Tateyama-Kurobe Alpine Route and Kanbayashi Onsen. Our ‘Autumn Leaves in Nagano: Join A Guided Tour’ page has details of the tours on offer in autumn including how to book with us! 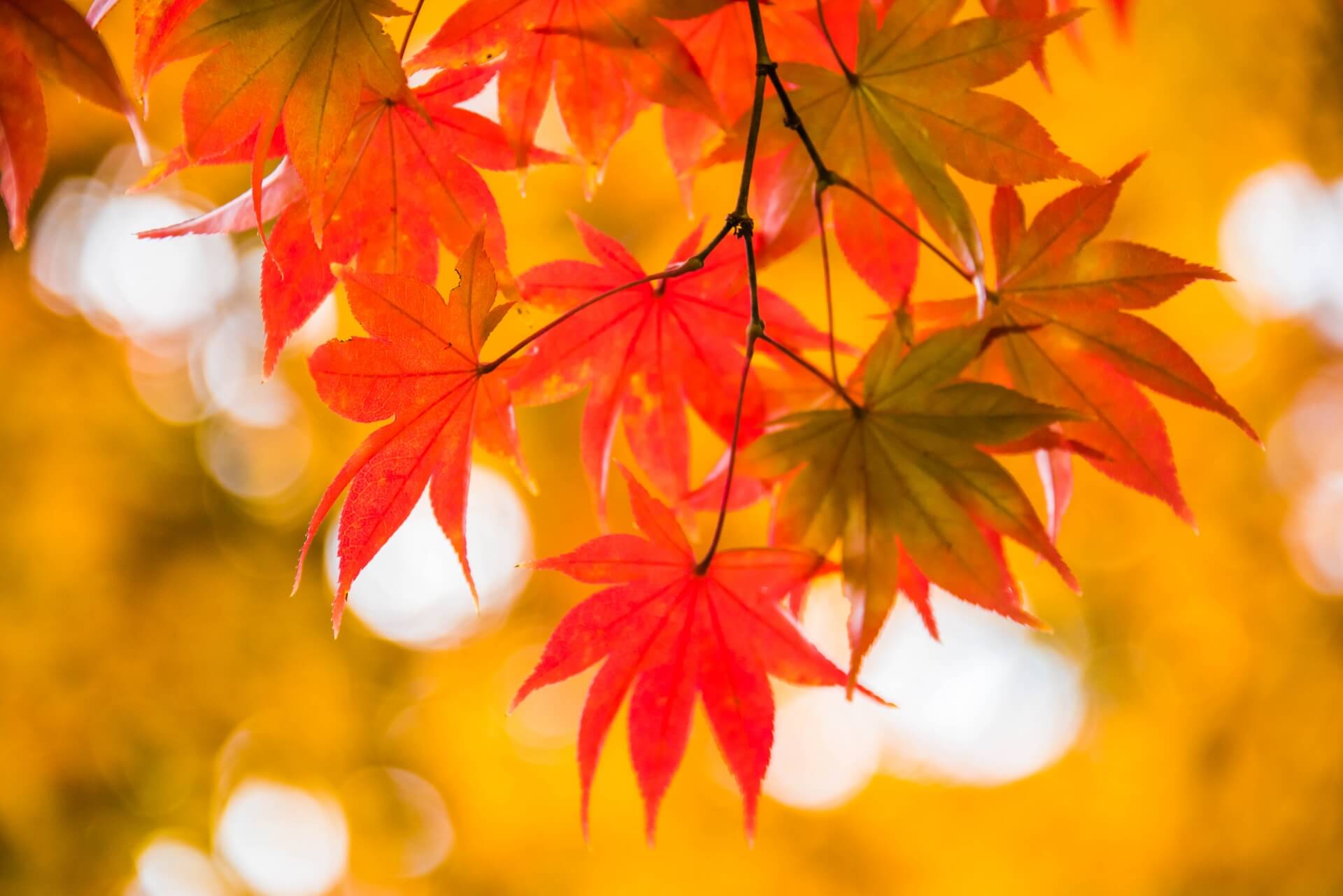 Autumn Leaves in Japan: Everything You Need to Know