Let’s start with the obvious! As Japan’s largest ski resort, Shiga Kogen offers skiers an unmatched expanse of interconnected terrain. Once upon a time, Shiga was a ski-only resort and to this day, remains ideally setup for skiers. The length of its season and reliability of its snow make it popular for locals, most of whom ski rather than snowboard.

Inevitably such a large resort has terrain and runs suitable for all levels however Shiga is most enjoyable for intermediate to advanced skiers. Shiga Kogen has a strict policy banning backcountry unless accompanied by a guide. The restriction is there for good reason but understandably can be frustrating for advanced skiers who want to dive deep into powder.

Until relatively recently, some areas of the resort still banned snowboarders and to this day, have a slightly funny attitude toward anyone not on skis. But that shouldn’t put you off! Shiga Kogen offers some fantastic terrain for snowboarders of all levels but again, is probably best-suited to intermediates. Lack of a large park and strict policy banning backcountry is also likely to frustrate advanced boarders.

The expanse of the resort also means there are times boarders are will need to take their board off and walk along cat tracks or short trails linking areas. Again, this is a slight annoyance but nothing more.

Taking place in the Yakebitai ski fields, snowmobiling is a fast-paced and exhilarating way to experience one of the resorts most picturesque landscapes.

Shiga Kogen offers three family activities areas located in the Yakebitai, Ichinose Diamond and Maruike. The fenced-off areas give users access to gentle slopes on which to use gear including sleds, tubes and snowbikes (literally kids bicycles on skis).

Adults are permitted to use the activity areas with various devices however skiing and snowboarding are not permitted inside the fenced-off area.

Based in the Okushiga ski fields, the Shiga Kogen International Ski School provides both ski and snowboard lessons in English. Other languages may be available depending on the season and day of the week, with both group and private lessons available.

All enquires should be directed to the ski school.

A great way to experience the winter landscape of Shiga and led by a guide, snowshoeing from Hasuike to Mt Asahi is suitable to anyone of reasonable fitness and can be enjoyed from January until March.

Costing JPY5000 per adult and JPY4000 per child (aged 12 and under), guided tours take approximately 5 hours on a circuit that brings you back to where you started.

Visitors wanting to relax and unwind an ‘onsen’ (natural hot spring) at the end of their day on the mountain, should consider booking a guesthouse with its own hot spring.

Many hotels have a large public bath for use of their guests but only a couple, including Hotel Sunny Shiga located directly across from the Takamagahara ski fields, have real hot springs. Shiga’s onsen can be used by walk-in visitors during the day but is exclusively for the use of hotel guests in the morning and evening.

Located in the foothills below Shiga Kogen, the Jigokudani Monkey Park rivals the ski resorts of Nagano as the most popular destination in winter!

Though the monkeys are there all year round, the park is at its busiest in winter as visitors from all over the world flock there to witness the truly unusual sight of the monkeys in the snow.

Most famous for their unique behaviour of soaking in hot springs, visitors to Shiga Kogen should factor in a visit to the park to see for themselves!

As Nagano’s No.1 tour and charter operator, we operate a variety of group tours each winter along with offering private tours and charters, customized to the needs and interests of our guests. Whether you simply require transport to and from Shiga Kogen or want to explore some of the nearby attractions and destinations, we have the local know-how to help you get the most out of your time in Nagano.

Our 1-Day Snow Monkeys & Snow Fun in Shiga Kogen combines a visit to the world-famous Snow Monkeys of Jigokudani with morning of fun in the deep powder of Shiga Kogen. Guests can enjoy the snow using sleds, tubes, snowdrives and snowscoots before heading to a nearby restaurant for lunch and early afternoon visit to the monkey park. Available from December until March, as the name suggests, this tour is lots of fun!

Our 1-Day Snow Monkeys & Snowmobiling in Shiga Kogen also runs from December to March and combines a visit to the Jigokudani Snow Monkey Park with lunch and morning snowmobiling in Shiga Kogen. Led by a locally-based, English-speaking guide and certified snowmobile instructor, this tour highlights the best of Nagano in winter and excitement of Japan’s biggest resort!

For further information regarding our winter group tours, please refer to our ‘Winter Tours in Shiga Kogen & Nagano’ page. Guests enquiring about a private tour or charter to the resort, can refer to our ‘Book a Private Tour or Charter to Shiga Kogen’ page. 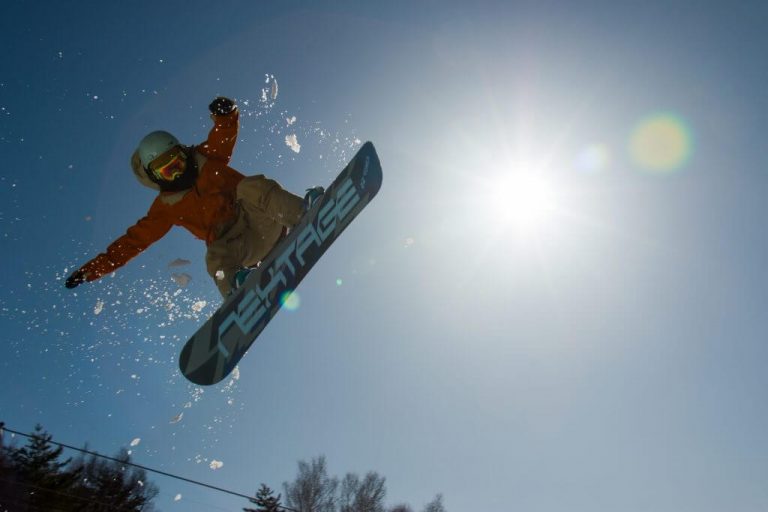