Discover One of Japan’s Most Sacred Shinto Landscapes

Located under an hour from Nagano by public bus and within the large Myoko-Togakushi Renzan National Park, the forests of Togakushi are home to some of the most important Shinto shrines in Japan. Related to the creation myths of Japan itself, the region is well-known to Japanese who consider it to be a sacred landscape. The shrines that make-up the Togakushi shrine complex celebrate and honour an important aspect of that creation myth and in doing so, the shrines of Togakushi sit aside Ise Jingu as some of the most important in Japan.

Known as the ‘Takachiho’, legend tells that the enraged by the mischievous behaviour of her brother, the Sun Goddess Amaterasu once remove herself from the world by hiding in a cave. Doing so, she denied the world her light. Other gods tried trick and performances to coax her back-out but to no avail. Finally, one of the deities performed an elaborate dance with was met with laughter by the other gods. Amaterasu pulled back the stone door of the cave to glimpse at what was happening and with that, one god grabbed the door and threw it to the heavens. Amaterasu emerged from her cave, light was restored to the world, and a long way away, the stone door fell to earth in Togakushi.

The five major shrines of Togakushi commemorate and celebrate this sacred story – among other associations – and more countless generations, have drawn Japanese to the mountains. The ‘Hokosha’ (Lower Shrine) ‘Chuusha’ (Middle Shrine) and ‘Okusha’ (Upper Shrine) are accompanied by the smaller Hinomikosha and Kuzurysha shrines, connected on a forest trail as the ‘Kanmichi’ or ‘Path of Deities’ – a delightful hiking course regardless of your faith or belief system.

Meandering along the walking trails that criss-cross the forests of Togakushi leaves visitors with a deep sense of calm.

Walking Between the Shrines

When approaching from Nagano City, you will first come to the Hokosha (Lower Shrine). Accessed via a steep flight of stairs, this is the oldest of the extant shrines and dedicated to the patron goddess of maternity and academia. Staring the trail from this point will lead you to the smaller Hinomikosha – approximately 15 minutes walk – dedicated to the god for fire, marriage, and the performing arts.

You then begin a more energetic 2km walk uphill – suitable for anyone of reasonable fitness – which takes you to the ‘Chuusha’ (Middle Shrine). Dedicated to wisdom, the middle shrine is famous for several enormous cedars estimated to be around 800 years old. Surrounding the middle shrine, several soba restaurants and bamboo craft shops are within easy walking distance.

From the Chuusha you undertake a longer 2km walk to the avenue leading to the Kuzuryusha and finally, the Okusha (Upper Shrine). Approaching the Upper Shrine along an avenue of giant cedars, calm turns to wonder as the towering trees dwarf the people below – a truly spectacular sight only enhanced by the fog and mist common in Togakushi. The Okusha celebrates the god who cast the stone door aside from Amaterasu’s cave bringing light back into the world.

Got a question about visiting Togakushi? Contact us at snowmonkeyresorts@machinovate.com and let’s get planning together!

Based in Nagano and operating all year round, we are Nagano’s No.1 tour and charter operator. We have the local knowledge of where to go, when to go and what to do when you’re there to make sure you get the most out of your adventure in Togakushi and Central Japan! As a registered travel agent we can arrange experiences and tours, transport, accommodation and inclusive packages including in and around Togakushi. So no matter what you’re looking for, we’ve got you covered including getting you to the best destinations and events in the region. For more information, see our ‘Join A Guided Tour To Togakushi’ page. 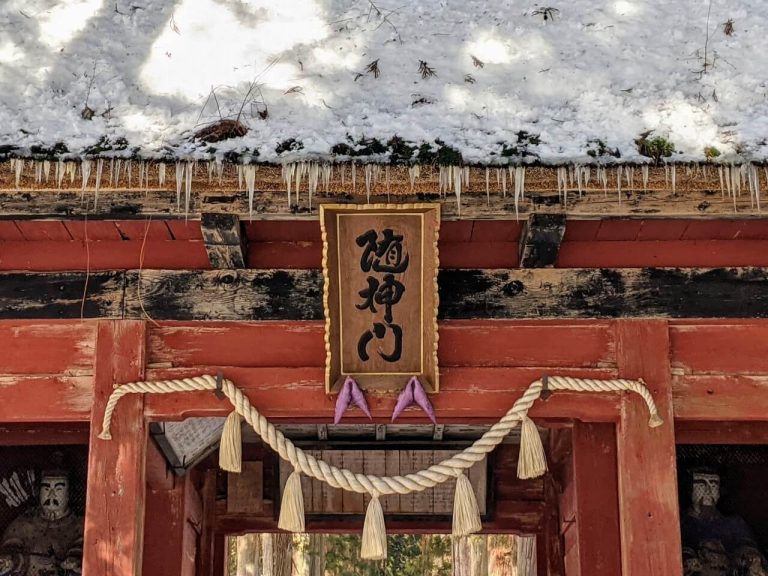