The Festivals of Takayama 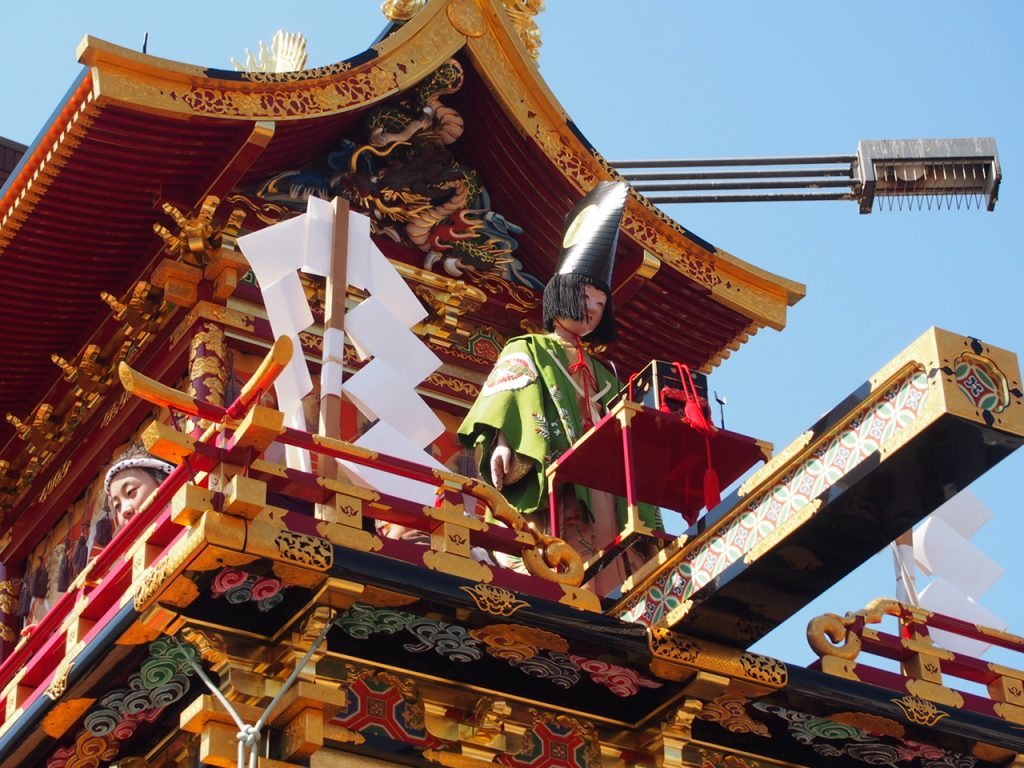 The festivals of Takayama are famous throughout Japan and often cited amoung – along with Kyoto’s Gion Matsuri and the Chichibu Yomatasuri – the most celebrated events in Japan. Known as ‘matsuri’ in Japanese, festivals take place throughout the year and all over the country. Celebrating everything imaginable, matsuri plays an important role in Japan as events and times for the community to come together and have fun, with famous festivals such as Takayama’s attracting many thousands of spectators.

Takayama plays host to two festivals each year, in spring and autumn. The Sanno Festival takes place on April 14th and 15th followed by the Hachiman Festival on October 9th and 10th. Both festivals are said to date from the 16th and 17th centuries and their tradition and beauty is typified by the ornate floats called ‘yatai’, which are paraded through Takayama. The craftsmanship and delicate beauty of the floats is famous throughout Japan, which are at their most spectacular at night when lit by many lanterns. 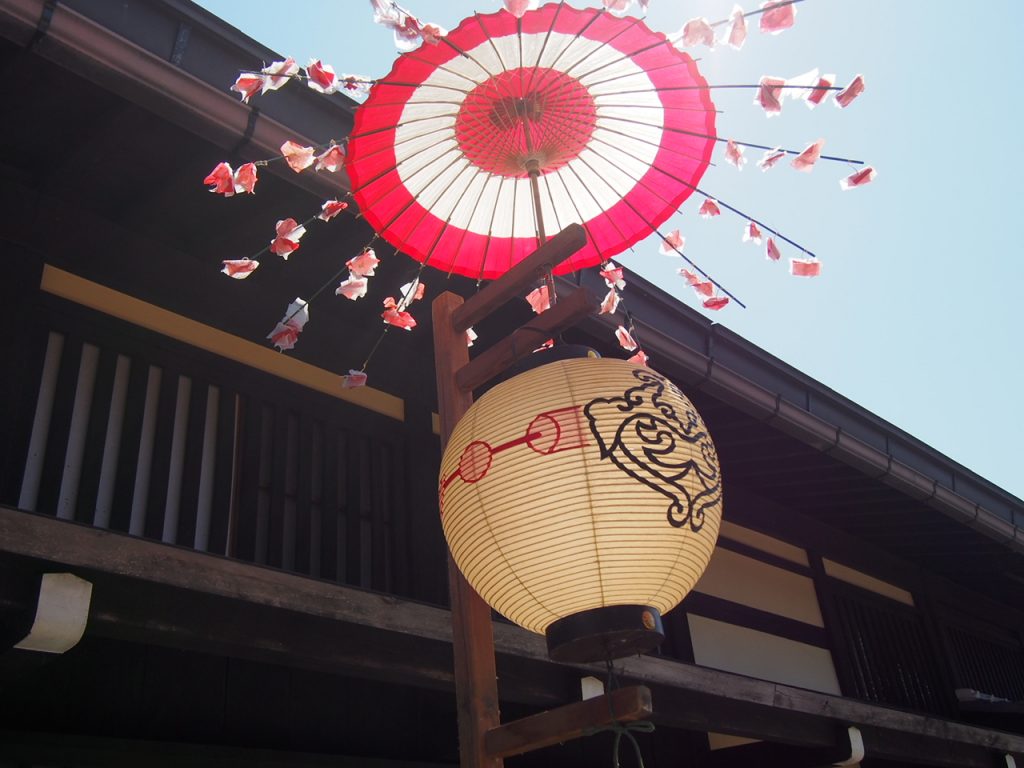 The festivals follow a similar format, beginning with the display of the floats from the morning of the first day, parade of the ‘mikoshi’ – portable shrine which carries the main shrine’s ‘kami’ or deity – from 13:00, and spectacular night parade of the floats on the evening of the first day, followed by the mikoshi returning to the shrine by the late afternoon of the second day. 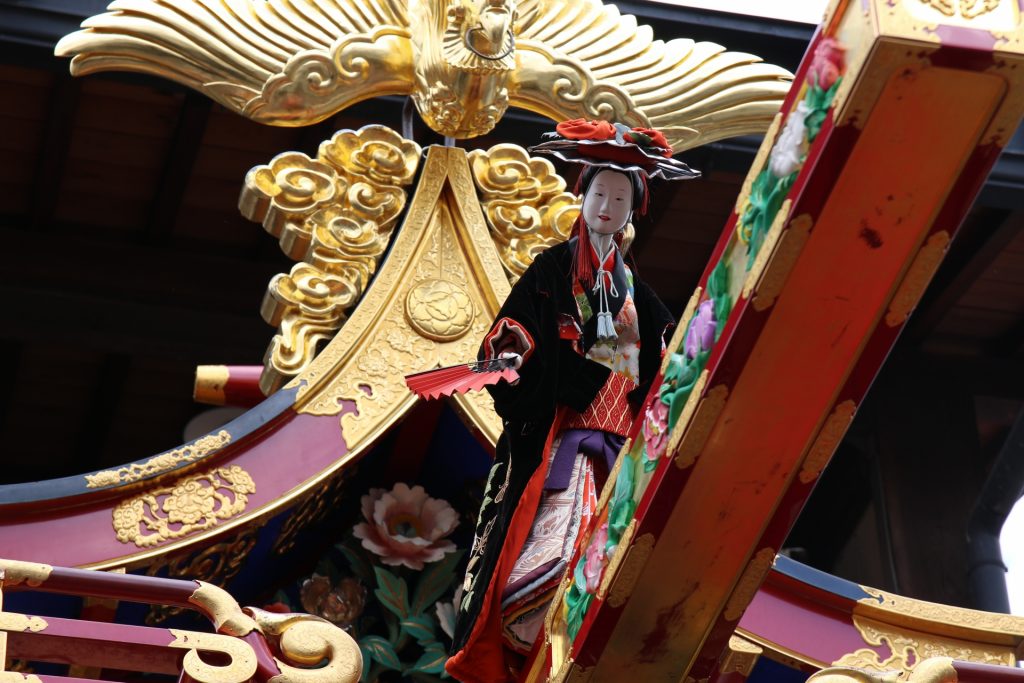 The festival floats are truly spectacular, each representing an area of Takayama. Ornately decorated, each float is a lavish display of the wealth and skill of the area from which it comes. Close inspection reveals the intricate carvings of gilded wood, fine metal work, exquisite textiles, and intricate marionettes that are carried inside the floats, operated by hidden puppeteers. 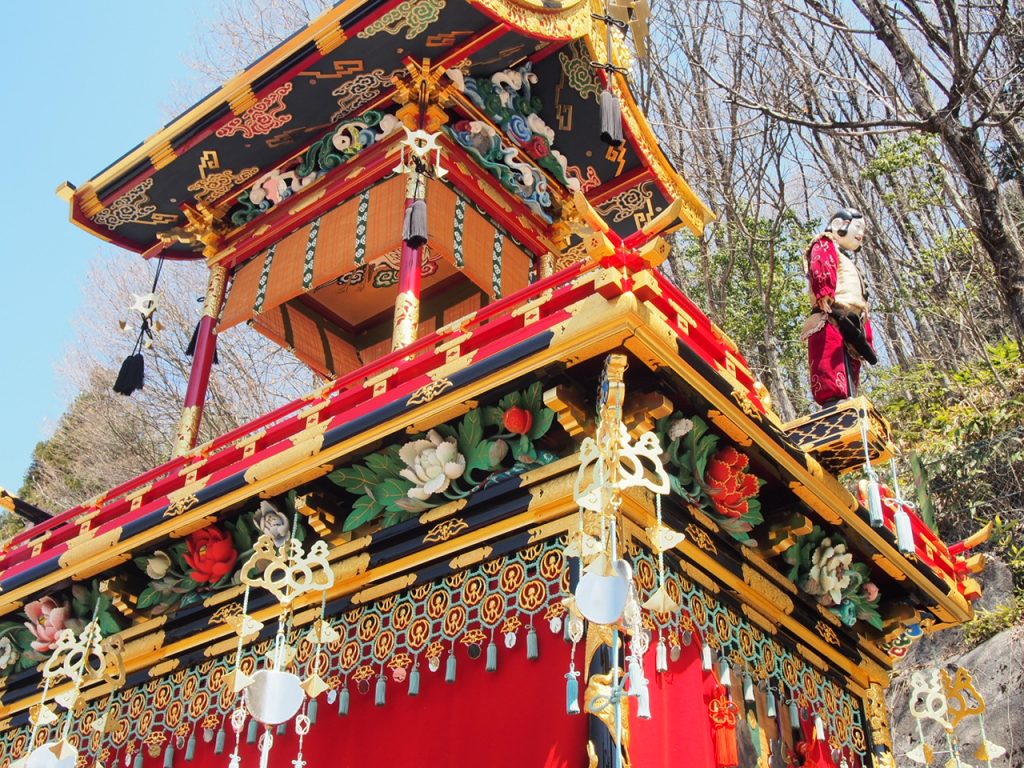 While beautiful during the day the floats truly magical at night as they are pulled through the old town by hundreds of local residents dressed in traditional clothing and costumes. The Karakuri Doll Shows see in the marionettes come of life – a wondrous experience for children and adults alike.

The festival centres around the Hie Shrine at the southern end of the old town, taking place in the Kamiachi area / south of Yasugawa Street. Held in prayer for a good harvest to come, twelve festival floats are displayed from 09:30 to 16:00 on both days with the mikoshi paraded from 13:00 on the first day and returning to the shrine at 16:00 on the second day. The evening parade – or ‘yomatsuri’ – takes place from 18:00 to 21:00 on the first day.

Centering around the Hachiman Shrine at the northern end of the old town, the autumn festival takes place in the Shinomuach area / north of Yasugawa Street. In an elaborate show of thanks for the year’s harvest, eleven festival floats are displayed from 09:00 to 16:00 on both days with mikoshi paraded from 13:00 on the first day and returning to the shrine at 16:30 on the second day. The evening parade takes place from 18:00 to 21:00 on the first day.

Both festivals draw huge crowds of both Japanese and international visitors. Accommodation, restaurants and transport book-out well in advanced so make sure to plan early if you want to attend either festival. Outside of the festival dates, four of the autumn floats are displayed at the Takayama Yatai Kaikan – open daily from 09:00 to 17:00 with admission costing JPY1000. 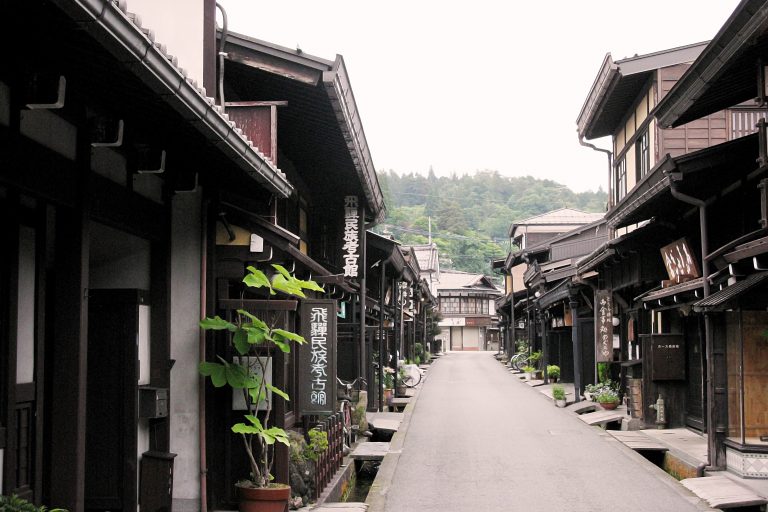