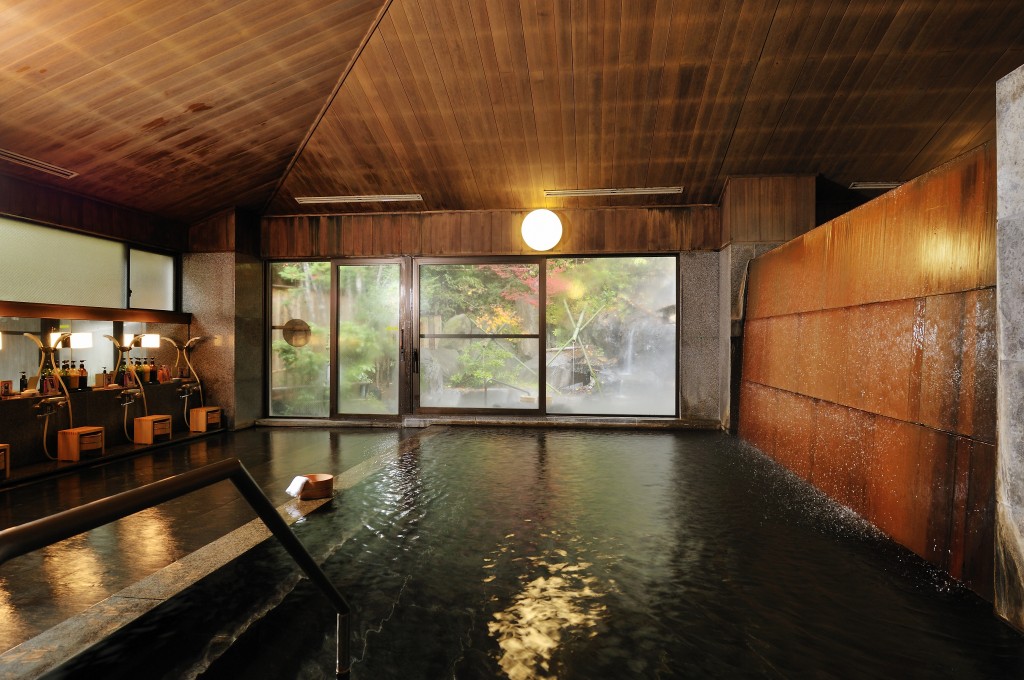 There are many reasons to fall in love with Japan and without a doubt, indulging in a natural hot spring is one of them! Known as ‘onsen’, the islands of Japan are blessed with numerous naturally occurring hot springs – a positive consequence of being one of the world’s most volcanic countries! 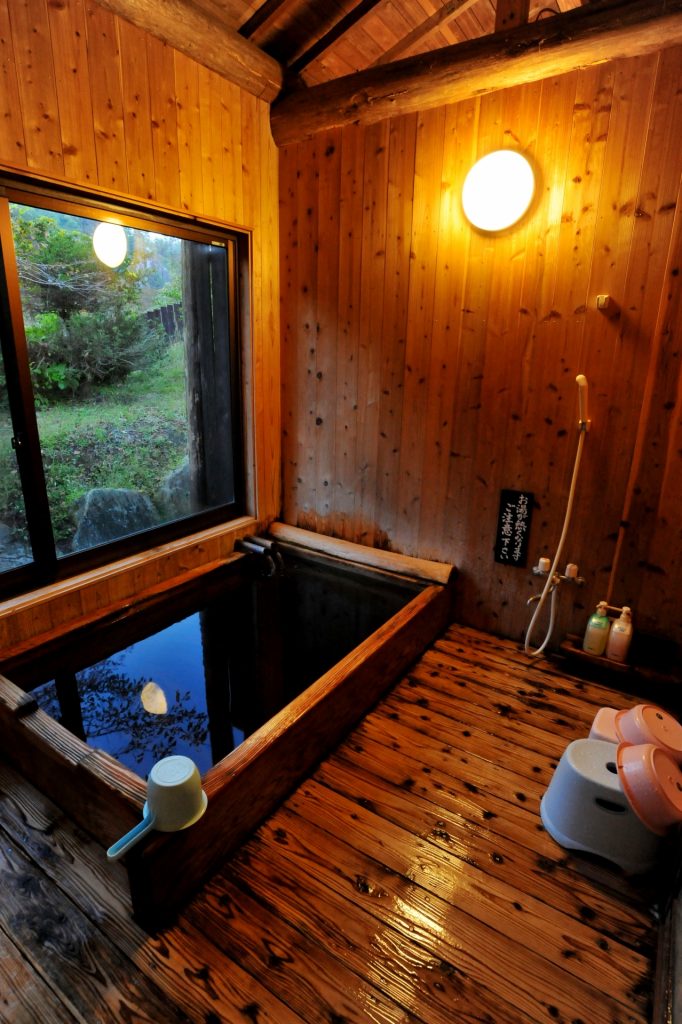 The estimates vary greatly – and in truth the numbers are unknown – but we can say, that Japan is home to more than 25,000 hot springs with over 3000 designated onsen areas. In truth, the total is likely to be much higher given that onsen are naturally occurring and frequently bubble to surface unseen or undocumented in forests, mountains and by the sides of rivers. 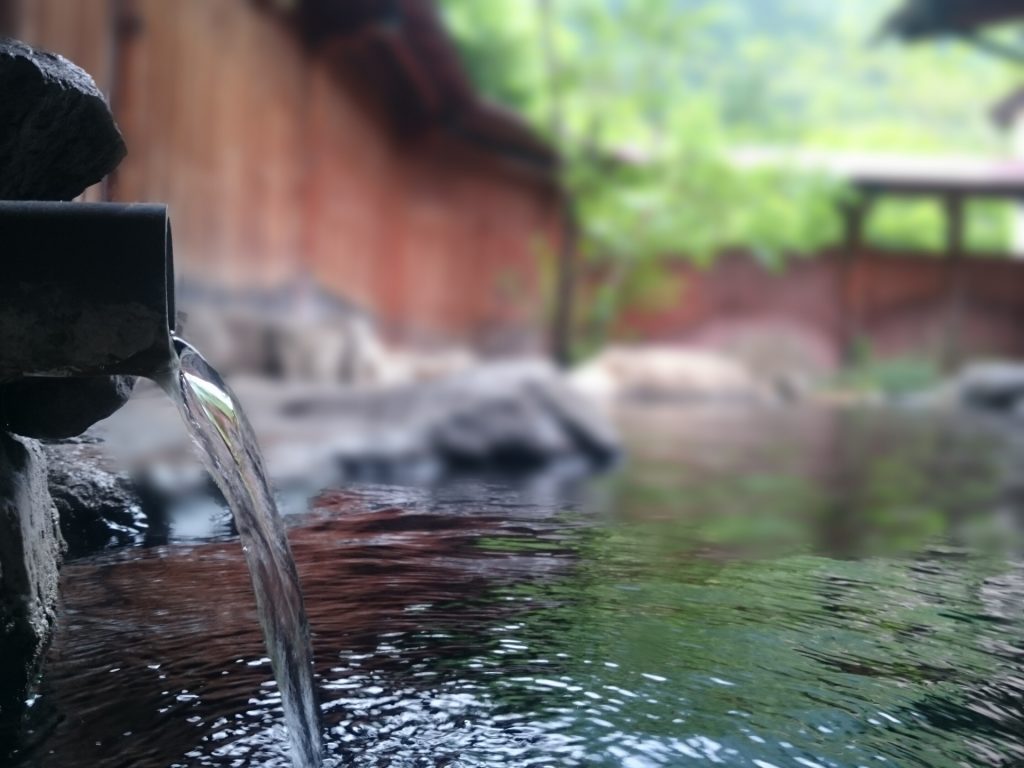 Japan’s native religion of Shintoism – which has a strong focus on nature worship – has long placed importance on purification using water, as a central act of faith; something reinforced with the introduction of Buddhism which also promotes the virtue of bathing as form of both physical and spiritual cleansing. 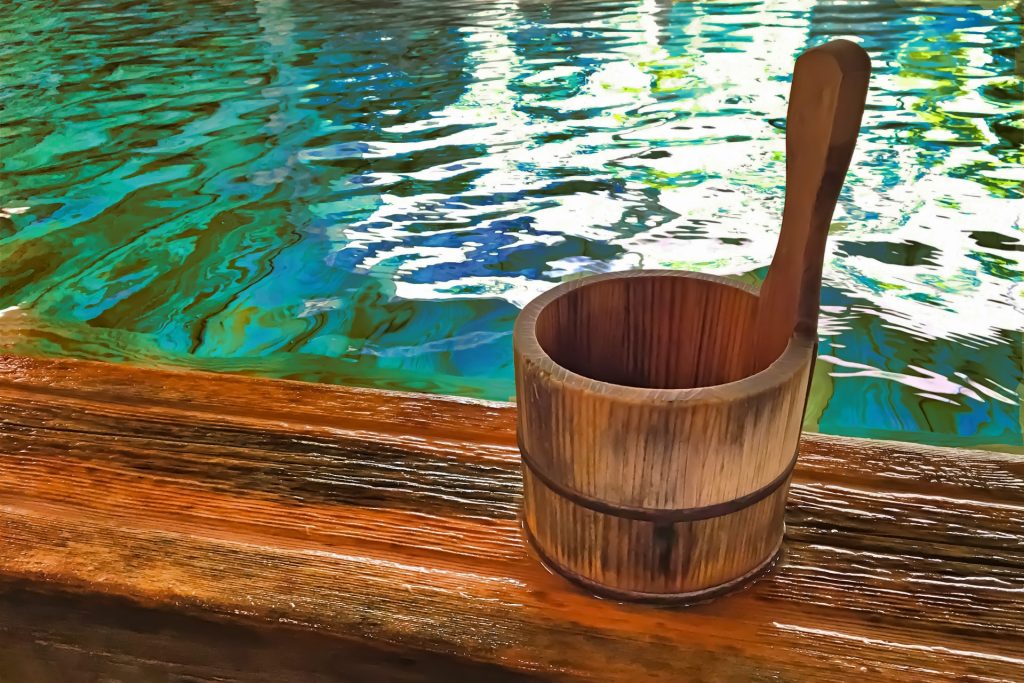 As such, onsen have long been sought-out for their curative and healing properties. When a source was discovered, a bath would be constructed to make use of the endless supply of hot water. Around these, guesthouses known as ‘ryokan’ developed as holistic retreats and over time, the areas with a large number of sources grew into onsen towns. 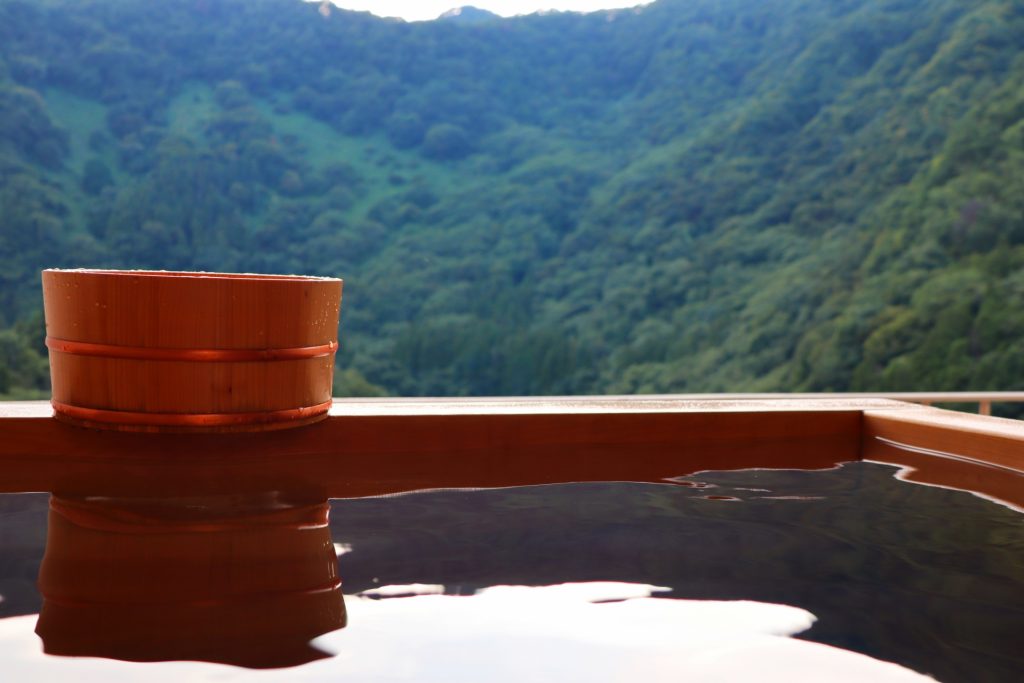 Still popular for their medicinal properties, onsen have more recently been sought-out for pure relaxation – hugely popular for both Japanese and international visitors. Though they were typically mixed gender in the past, since the mid-19th century onward most onsen have been segregated for men and women, a place to relax and unwind by yourself or with colleagues, friends, and family. 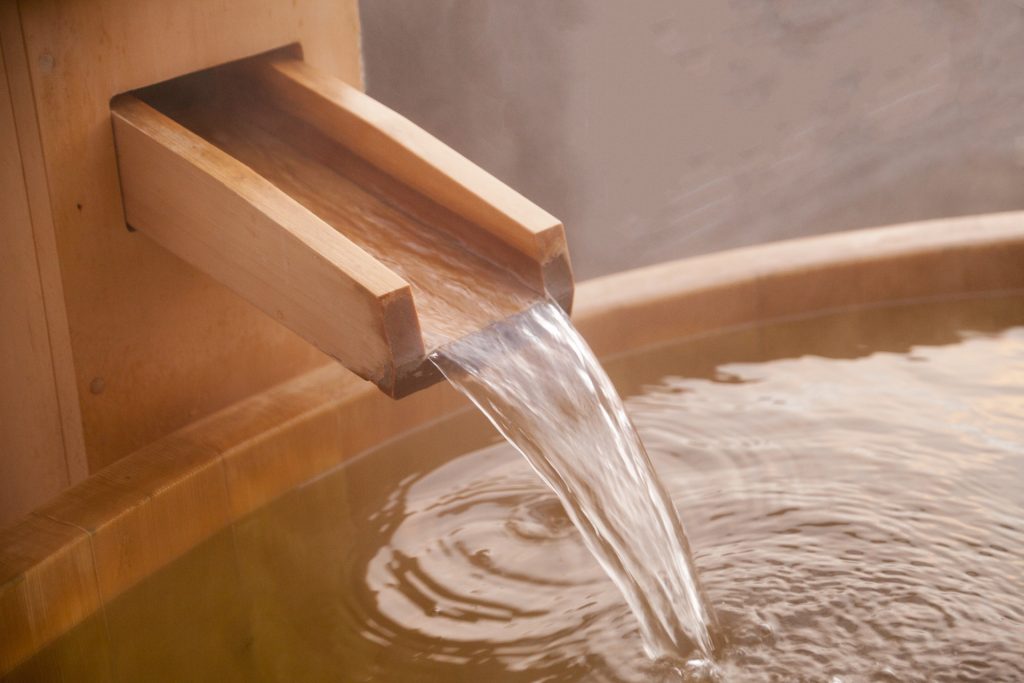 To qualify as an onsen, a hot spring mut be naturally occurring and contain at least one of nineteen mineral or chemical elements such as iron, sodium, chloride, sulphur, carbon and radium. The water must naturally be 25°C or above – the water can then be cooled or heated from that temperature – with PH levels varying from onsen to onsen. The character and benefits of the water can vary greatly, with most onsens advertising the specific properties of their water to attract visitors.

How can I identify an onsen?

There are several words, symbols and characters to look-out for. Literally translating to ‘hot water’ and ‘spring’, the characters for ‘onsen’ are 温泉 or can simply be displayed as 湯 or the simpler hiragana character of ゆ – both pronounced ‘yu’.

One or more of these will usually be visible on the outside of the building, often printed on the ‘noren’, textile hanging in front of the entrance. Most onsen will also use this symbol to identify themselves on signs and maps: 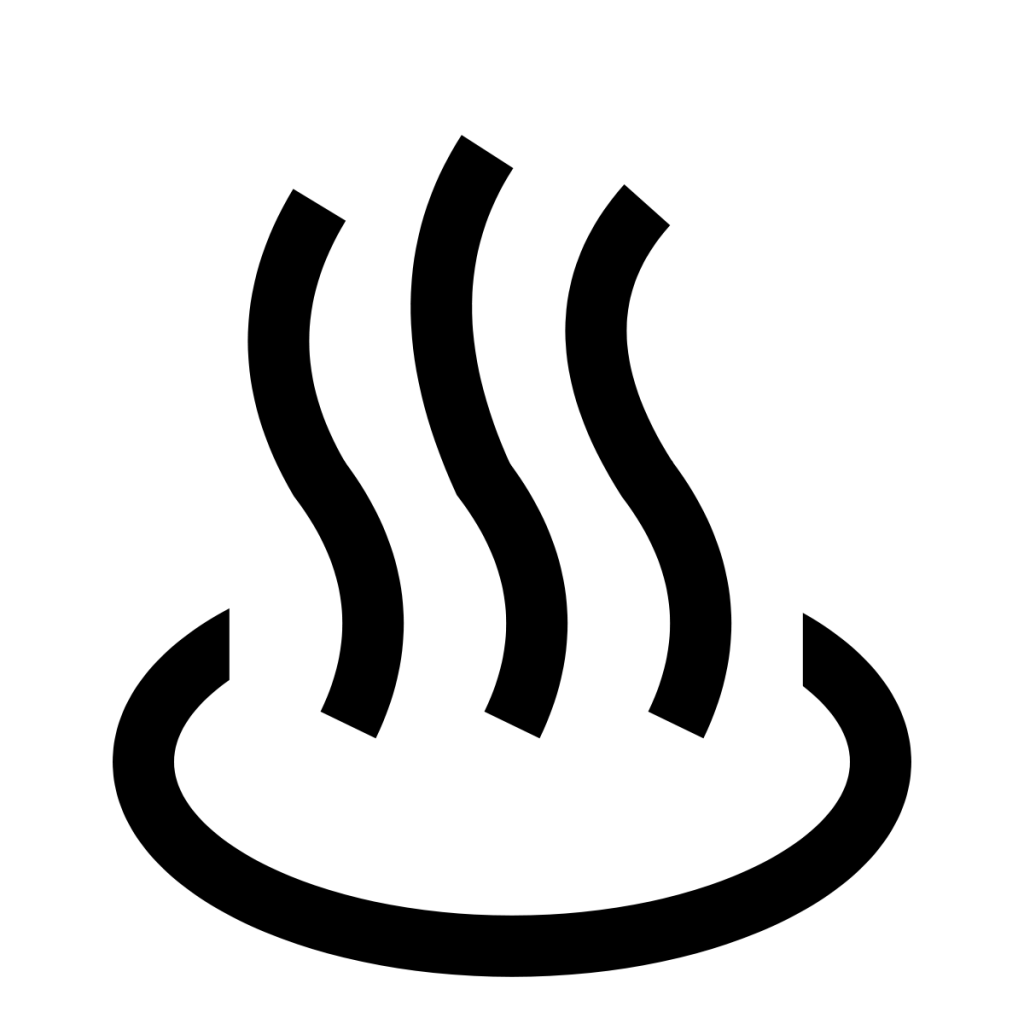 Inside the onsen itself, the mens bath will be identified with the character for male 男 or ‘otoko’, and female 女 or ‘onna’. 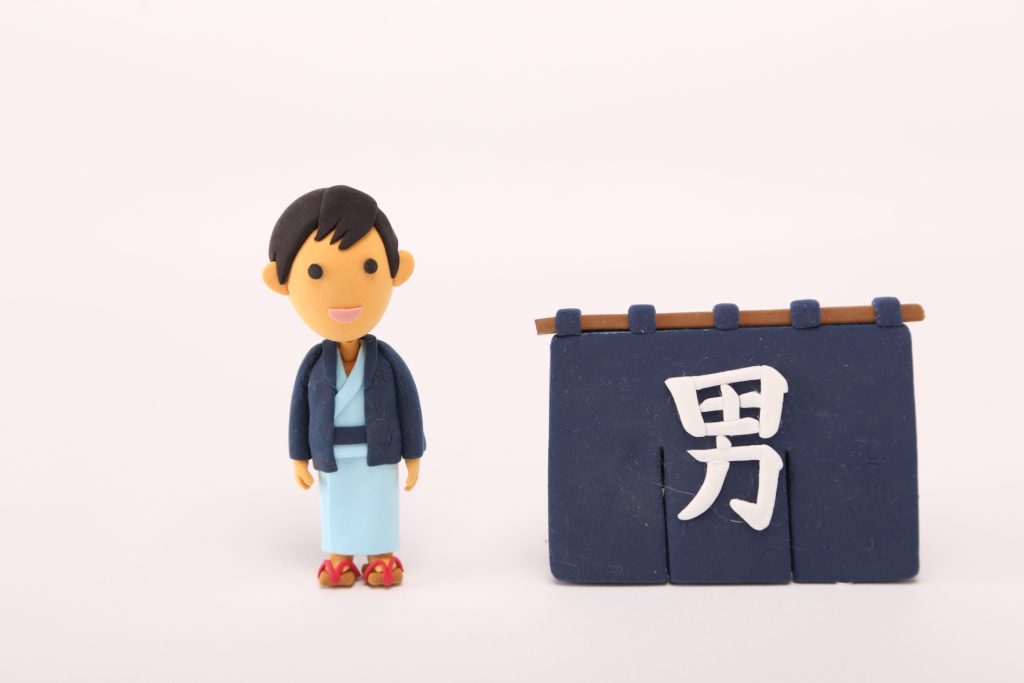 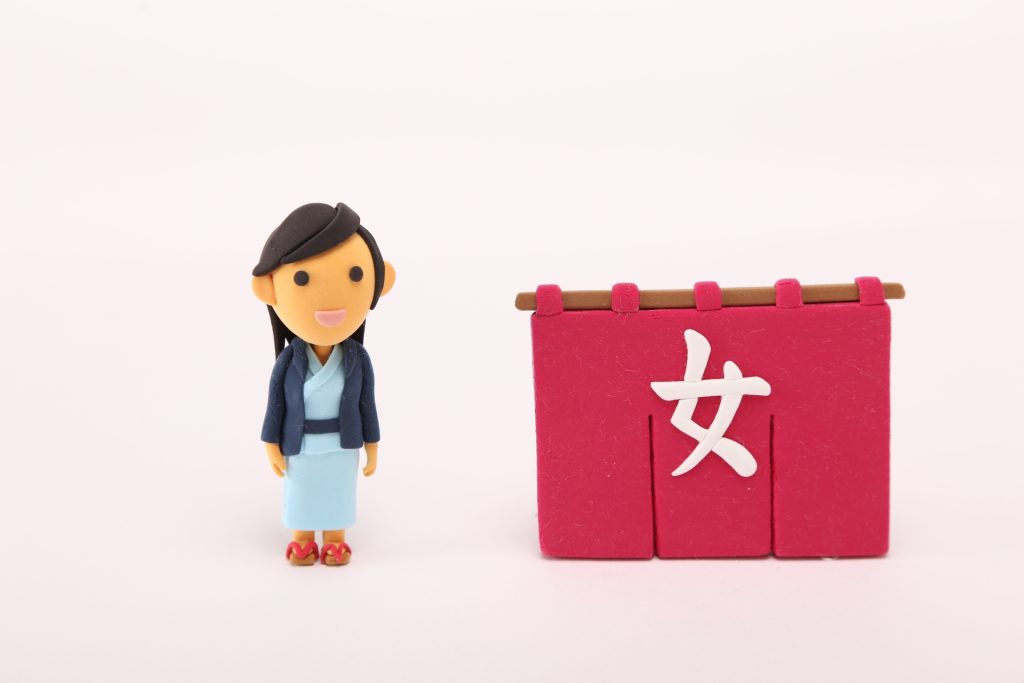 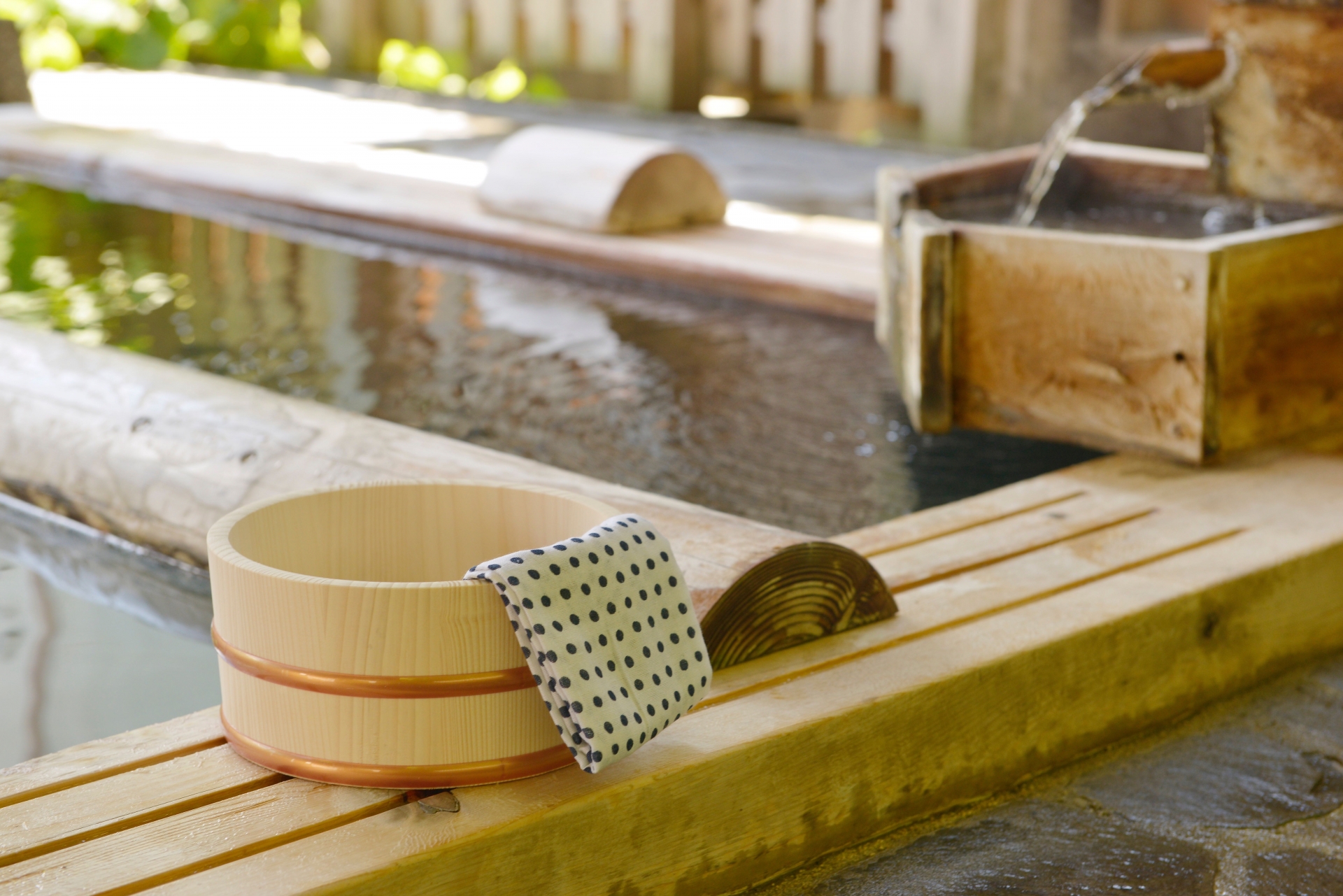 Onsen In & Around Nagano