Commonly referred to as ‘snow monkey’, it’s easy to think that the monkeys only visit the park in winter. This is not the case. The Jigokudani Monkey Park lies within natural territory of one troop. Left to themselves, they spend most of the year move within that area – a radius of several kilometres around the park – and come to the park on a near-daily basis.

Whether you are visiting in winter, spring, summer or autumn, you can be confident that the monkeys will be at the park. Of course, the monkeys are wild and there is nothing forcing them to come to or stay in the park. Their behaviour cannot be predicted with certainty. It is rare that they do not come at all with a late arrival or shorter stay in the park being more likely at certain times of year.

As temperatures drop and winter takes hold in December, the monkeys spend more and more time soaking in their hot spring. The first snow usually falls in early to mid-December, and not long after, the park becomes busy with visitors from all over the world. From late-December through January, it is peak season and visitors can expect to share the park with many others. With the snow piling-up, this is the most likely time to capture that iconic shot of many monkeys sitting in the hot spring.

Although each year is different, snow is likely to continue through February and into March before the warming weather heralds the beginning of spring. For more information about everything winter has to offer, please see our ‘Winter at the Jigokudani Monkey Park’ page.

Spring / April to May

One of the best times at the park, spring offers two special reasons to visit – cherry blossoms and baby monkeys! Nagano’s higher altitude sees the cherry trees coming into bloom later than Tokyo and Kyoto. Again, each year is different but you can expect Nagano’s blossoms to be at their best from early to mid-April, with the trees leading up the monkey park usually bloom as late as the end of April.

Around this time, the first babies of the year will appear in the park. Pregnant through winter, expectant mothers will retreat into the mountains to give birth before reappearing around a week later. Witnessing these gorgeous little creatures held tight by their mother and soon taking their first awkward steps in the world, is a truly special sight and highlight of any visit to the park.

From May onward, you can expect to see an ever-increasing number of babies in the park. For more information about everything spring has to offer, please see our ‘Spring at the Jigokudani Monkey Park’ page.

Things heat-up in mid-June through to August as the notorious Japanese summer takes hold. Memories of snow and cold are now distant at best, as the older monkeys retreat to the shade of the lush foliage that now covers the park. The babies however are just getting started. Following their older siblings and cousins they begin scurrying around the park and first – usually unsuccessful attempts – to climb trees, clamber over rocks or swim in the hot spring.

Witnessing the baby monkeys mature is a great reason to visit in summer. Visitor numbers are at their lowest giving you plenty of space to enjoy the monkeys, without the crowds of winter. But if nothing else, heading-up to the monkey park allows provides a reprieve for the intense heat and humidity of the cities. They might be called snow monkeys but they are just as reliable and entertaining in summer.

For more information about everything summer has to offer, please see our ‘Summer at the Jigokudani Monkey Park’ page.

The true summer heat will start to dissipate in September, as heading in October, autumn takes hold with the landscape slowing turning red, gold, amber and brown. Known as ‘koyo’ in Japanese, the turning leaves of autumn make October and November a beautiful time of year to visit the park. Autumn is also a time of abundance. With the forest full of wild fruit, nuts and more, the monkeys are their happiest.

It is also mating season, so they are well and truly preoccupied.  As a result, there are days in the autumn when the monkeys might not come. But this is rare. It is more likely that they will come to the park later than usual. When visiting in autumn, it’s a good idea to aim for the middle of the day – from 11AM to 3PM – just in case the monkeys feel like coming later and planning to spend a little longer there to accommodate their monkey schedule.

But don’t let that stop you. A beautiful time of year and when the visitor numbers are low, visiting the park in autumn is well-worth it. For more information about everything autumn has to offer, please see our ‘Autumn at the Jigokudani Monkey Park’ page.

Want to visit the monkey park on a private tour or charter? Contact us at snowmonkeyresorts@machinovate.com and let’s get planning together! 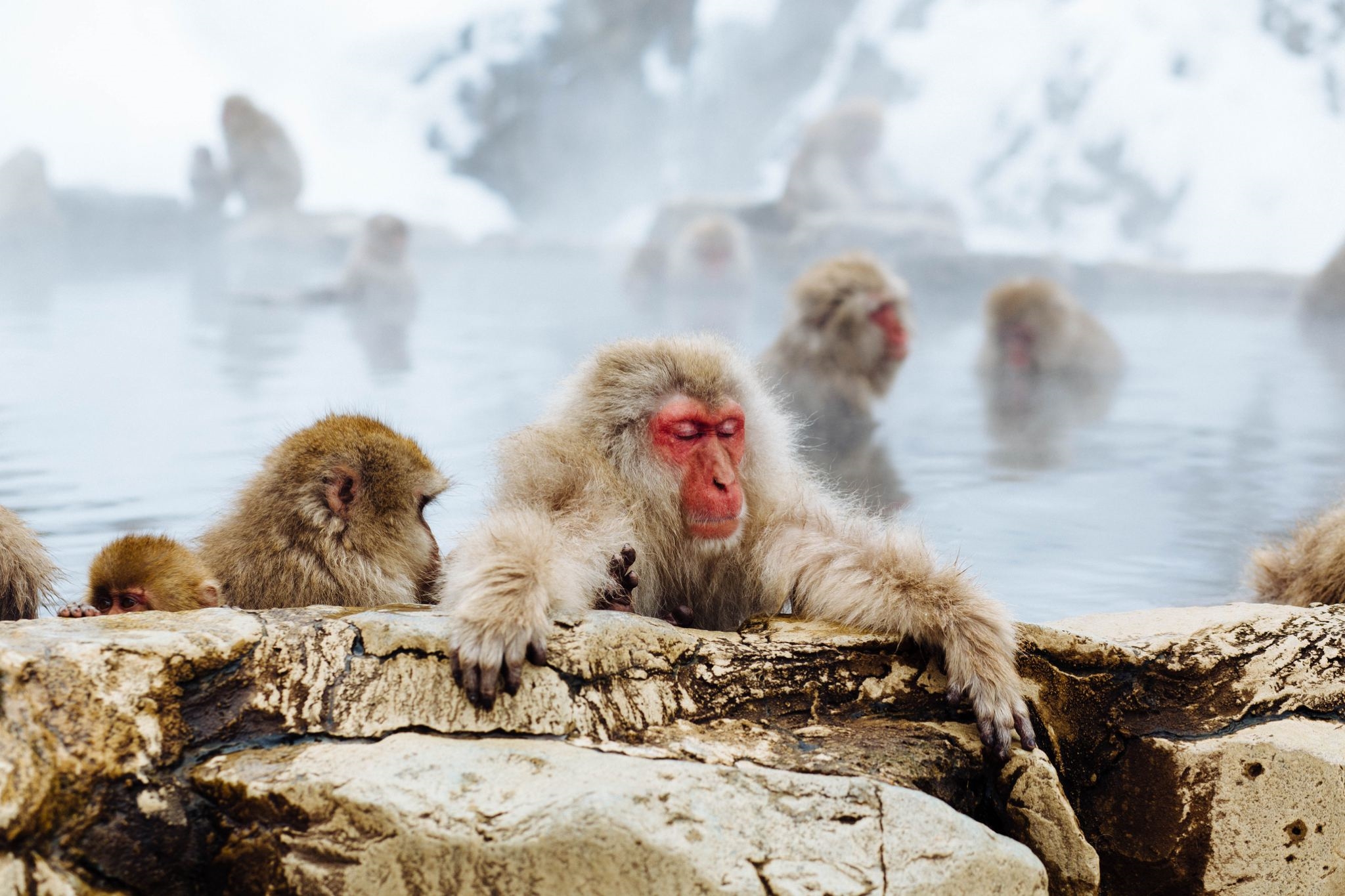