ACTIVITIES
DISCOVER THE SPIRIT OF THE 1998 OLYMPICS
Nagano, Japan: Proud Host of the 1998 Winter Olympics
BACK TO LIST

On February 7th 1998, the XVIII Olympic Winter Games opened at the Olympic Stadium in Nagano City. Around 60,000 spectators were present to see the Olympic torch lit as Japan hosted the Winter Olympics for the second time – following-on from Sapporo which hosted the Games in 1972. The Games were followed by the Nagano Winter Paralympics from March 5th to 14th – the first Paraylmpic Games to be held outside of Europe.

At the time, the Games of the 18th Winter Olympics were the largest in history, with Nagano playing host to 2176 athletes from 72 countries. Over the course of just under two weeks – from February 7th to 22nd – athletes competed in 69 events in 7 sports categories.

The games were notable for the introduction of snowboarding – approved as a medaled event for the first time – along with women’s ice hockey and curling. Having become popular in Europe and North America in the preceding decade, a request was submitted in 1994 for snowboarding to become an Olympic event. With approval granted in 1995, snowboarding debuted at the Games from February 8th to 12th, with 125 athletes presenting 22 countries. Ultimately, athletes from Germany, France, Switzerland and Canada won the first-ever Olympic snowboarding medals.

Events including figure-skating, speed skating and ice hockey took place at venues in Nagano City – including the Olympic Stadium, M-Wave, the White Ring, and Big Hat – with resorts including Shiga Kogen, Hakuba, Nozawa Onsen, Iizuna and Karuizawa hosting skiing, snowboarding and other sports.

For Nagano, the Games led to the construction of the Hokuriku Shinkansen from Tokyo and highways connecting the region to the rest of the Japan – a development which in many ways opened-up Nagano to the world. Today, the Nagano Tomyo Lantern Festival takes place each February in commemoration of the Games and as a Buddhist act of thanks.

Proud of its role as host of the 1998 Winter Olympics, Nagano looks forward to the return of international visitors each winter as the memory and legacy of the Games lives on.

For information regarding resorts and venues used during the Games, refer to our ‘Ski Resorts of the 1998 Winter Olympics‘ and ‘Olympic Venues in Nagano City‘ pages.

JAPAN SKI RESORTS: EVERYTHING YOU NEED TO KNOW

Did you know that Nagano is home to more than 80 ski resorts? Needless to say, when you choose Nagano for your winter getaway you are spoiled for choice! Our ‘Japan Ski Resorts’ page has everything you need to know to start planning your ski and snowboard adventure including: LATEST NEWS & DEALS, THE BEST RESORTS IN NAGANO & JAPAN, FAQs and of course OUR SKI PACKAGES, ACCOMMODATION, TRANSPORT & TOURS. 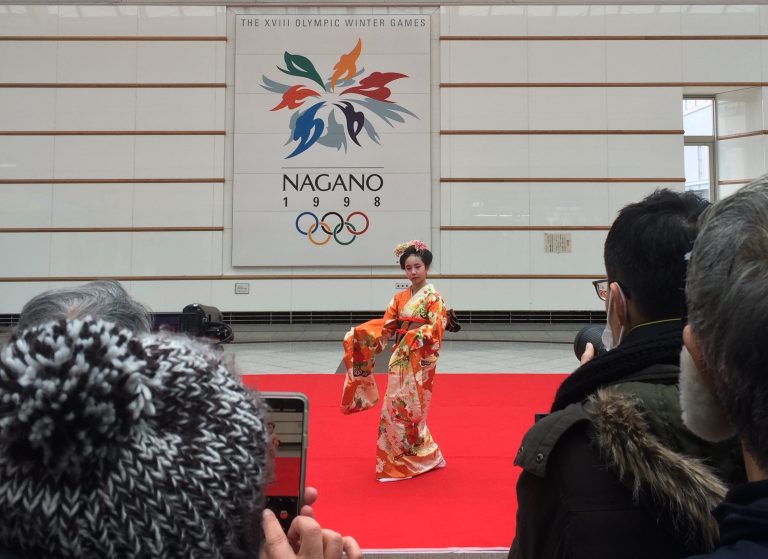 Discover the Spirit of the 1998 Olympics