Kagoshima-chuo Station is the southern terminus of the Kyushu Shinkansen line running from Hakata Station in Fukuoka. As such, it is quick and easy to get to with some shinkansen services continuing past Hakata along the San’yo Shinkansen line and onto Hiroshima, Kobe and as far as Osaka. On this page you will find the following information:

— Getting from Kagoshima Airport to Kagoshima-chuo Station

— Accommodation In & Around Kagoshima-chuo Station

— How to Get to Kagoshima

— 30 Things to Do Around Kyushu & Where to Stay

The largest city in Kagoshima Prefecture, Kagoshima is also the most southernly of any city in Kyushu. Set against the spectacular yet ominous Sakurajima – an island volcano sitting in the bay across from the city. It is one of Japan’s most active volcanoes and can be reached using ferry services from the city – taking only 15 minutes to get there. Visitors headed to the World Heritage-listed island of Yakushima can also use ferries from Kagoshima – taking around 4 hours – or a high-speed boat – taking 2 to 3 hours. For more information about what’s on offer, see ’30 Things to Do Around Kyushu & Where to Stay’ below.

Kagoshima-chuo Station is the largest station in the city and one serviced by the Kyushu Shinkansen. It should not be mistaken with the smaller Kagoshima Station, which is located around 3km to the north-east and can be accessed in around 20 minutes using local rail services. It is also important to note that this page is intended for international visitors who will primarily be interested in using the shinkansen along with a couple of other services, and does not include complete information about all services and facilities at the station.

Kagoshima-chuo Station is the terminus of the Kyushu Shinkansen running from Hakata Station in Fukuoka. Local lines also run from the station to nearby destinations however for most international visitors, the shinkansen will be of most interest:

Running from Hakata Station to Kagoshima-chuo Station, the Kyushu Shinkansen is the easiest way to move to and from Kagoshima. Three services run along the line of which the ‘Mizuho’ is the fastest with many services carrying on past Hakata Station and along the San’yo Shinkansen line onto Hiroshima, Okayama, Kobe and as far as Osaka. The other two services, the ‘Sakura’ and ‘Tsubame’, only operate on the Kyushu Shinkansen line. For holders of the Japan Rail (JR) Pass, it’s important to note that while ‘Mizuho’ services are not covered by the pass, both ‘Sakura’ and ‘Tsubame’ services are. Stops on the line include:

Multiple local lines and rapid services operate to and from the station providing access to regional destinations, including the:

GETTING FROM KAGOSHIMA AIRPORT TO KAGOSHIMA-CHUO STATION

Kagoshima Airport lies around 40km to the north-east of central Kagoshima City. From both the city centre and Kagoshima-chuo Station, the airport is most easily reached using bus services which take around 40 minutes / JPY1300 one-way. Buses depart from Bus Stop No.21 of the Nangoku Kokutsu Highway Bus Terminal, located only a couple of minutes walk to the east of Kagoshima-chuo Station. Advance booking is not required.

There is no escaping the fact that travel using the shinkansen and other rapid services is expensive. Given the speed and distances covered by these trains, travelers should think of them much like taking a flight, with tickets accordingly priced. International visitors to Japan have the option of purchasing one of several passes which allow for limited use of the Kyushu Shinkansen along with unlimited use of numerous other services, starting with the:

Covering all 9 shinkansen lines in Japan and many other train services, the JR Pass is a great option for visitors planning to use the shinkansen more than a handful of times and/or travel large distances. Travelers have the option of 7, 14 and 21-day passes covering either Ordinary or Ordinary and Green Cars. The JR Pass allows for use of any ‘Sakura’ or ‘Tsubame’ service on the Kyushu Shinkansen line however it’s important to note that the pass does not cover ‘Mizuho’ services. These services can be used but you would need to pay the full-fare.

Passes can be purchased via the official website or via a JR-affiliated sales office. Once you completed payment, you will receive an exchange order. This is a proof of payment and looks almost like a flight ticket with your personal details, type of pass, and validity (three months from the date of issue). It is important to note that the exchange order is not your actual pass and will need to be exchanged for your pass once in Japan. Whatever you do, do not lose the exchange order and prioritise exchanging it for your pass when you arrive.

Before using a pass, it must first be exchanged/activated. Exchanging/activating the pass can be done at numerous offices located at airports – including Kansai Airport in Osaka and Narita Airport and Haneda Airport in Tokyo – and major train stations throughout Japan*. If you have the time, we recommend activating your pass while at the airport. If you’re planning to do so at Kagoshima-chuo Station, you can exchange/activate your pass at the:

Otherwise, passes can also be activated at Hakata Station and Kumamoto Station on the Kyushu Shinkansen line. To exchange/activate your pass you will need your exchange order and passport. Make sure you allow adequate time to exchange and activate your pass if you are intending to use it on the same day or do so a day or two before you plan to start using it (you can always nominate a later activation date). Once you have your activated pass you are free to ride however you can’t insert your pass into the ticket gates. Simply walk through the side booth (permanently attended by station staff) and show your pass. You will be waved through and you can make your way to the platform.

Open daily from 08:00 to 19:00, Kagoshima-chuo Station Tourist Information Center is located on the first-floor of the station, directly across from the shinkansen ticket gates. English-speaking staff can provide sightseeing, transport and accommodation information with some bus tickets and rental car reservations also available. Chinese and Korean-speaking staff are sometimes on-hand to also assist. Free WiFi is available at the office.

ACCOMMODATION IN & AROUND KAGOSHIMA-CHUO STATION

There are multiple hotels in the immediate vicinity of the station including mid-size to large Western-style hotels. Prices are typically reasonable with even more accommodation options in the central city around Temmonkandori Station. For more information including links to accommodation listings, see our ‘Kagoshima-chuo Station Area’ hotel page.

HOW TO GET TO KAGOSHIMA

Serviced by both Kagoshima-chuo Station and Kagoshima Airport, it’s easy to move to and from the Kagoshima region despite its distance from other parts of Japan. Our ‘How to Get to Kagoshima’ page explains how to get there by train from starting points including Fukuoka, Osaka, Kyoto and Tokyo along with flight information for those looking to fly.

30 THINGS TO DO AROUND KYUSHU & WHERE TO STAY

Lying to the southwest of Japan’s main island of Honshu, Kyushu is a region blessed with attractions, from the historic to the natural and the exotic. Fukuoka is the largest city in Kyushu while Nagasaki’s history transcends the national to occupy a place in the global consciousness. Kumamoto and its famous castle or Kagoshima and its nearby natural splendours including the World Heritage island of Yakushima, all combine to make this one of the most rewarding travel destinations in Japan. Our ’30 Things to Do Around Kyushu & Where to Stay’ page is a great place to start when planning your visit to the region.

Kagoshima-chuo Station is just one part of Japan’s fantastic rail network. Unfathomable in its size and efficiency, moving around the country by train is easy and comfortable opening-up all regions of Japan for exploration. Our ‘Plan Your Visit’ page has everything you need to know about visiting Japan – from tips on the best time to travel, times to avoid, entering and exiting the country, money matters, staying connected, accommodation, staying safe and healthy and plenty more to ensure that you get the most out of your time here. 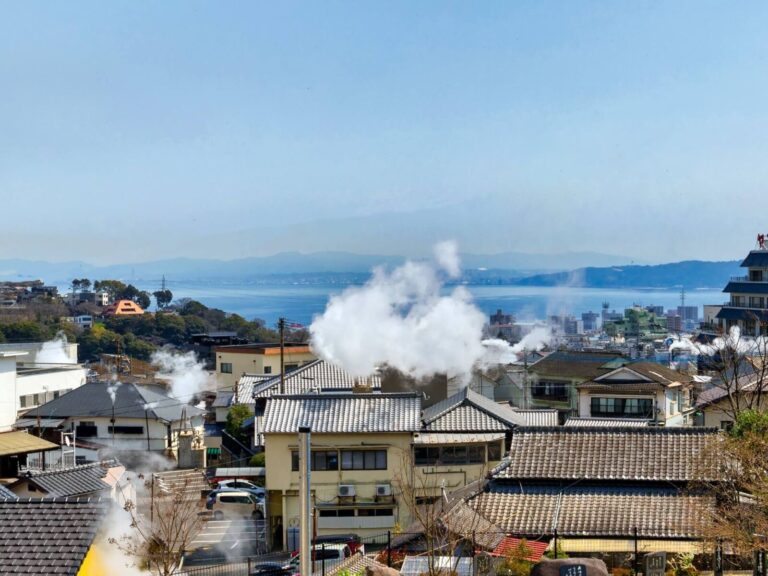 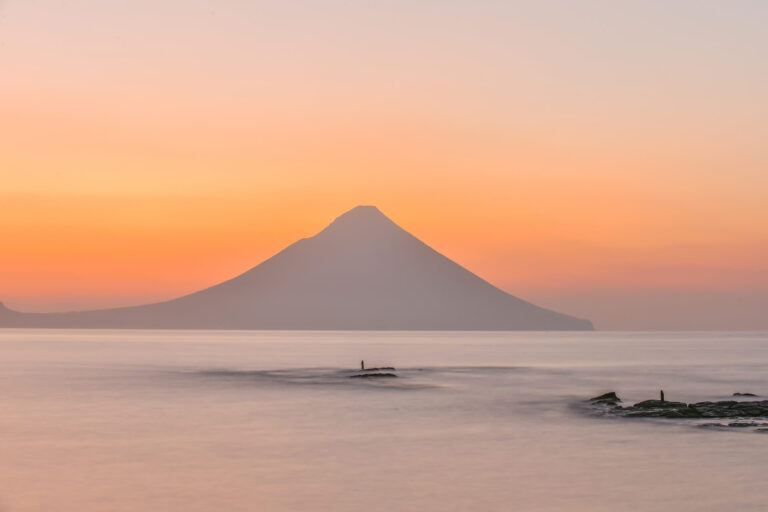 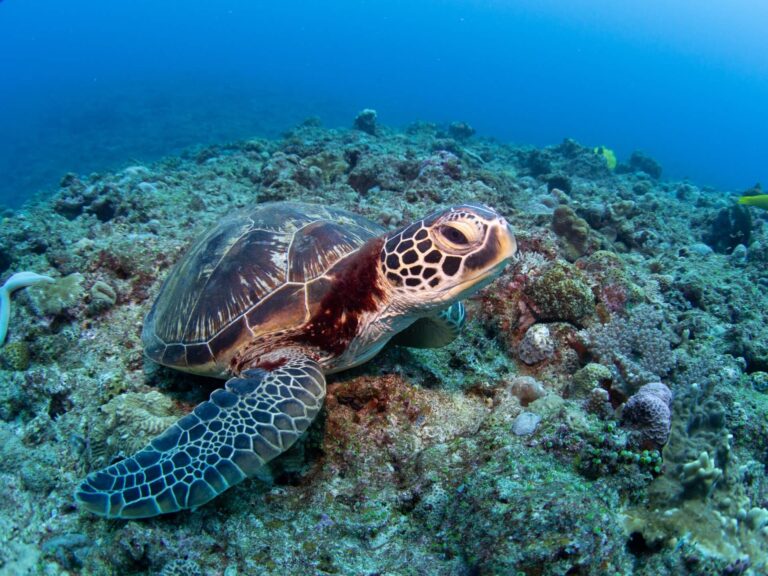 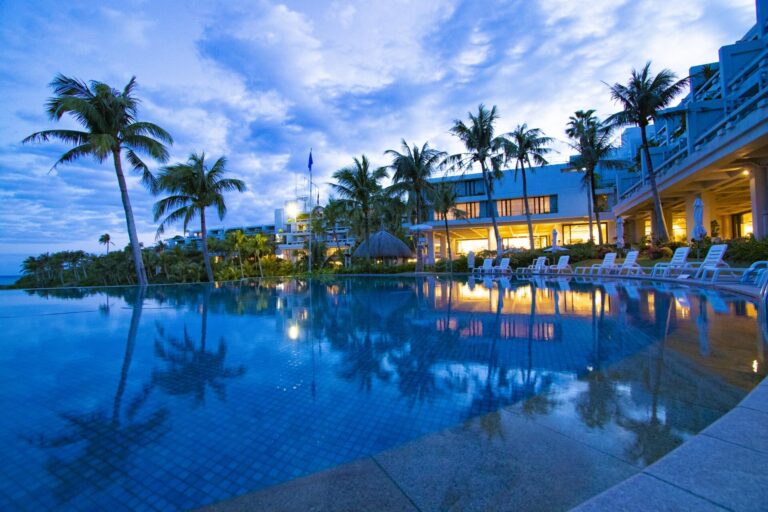 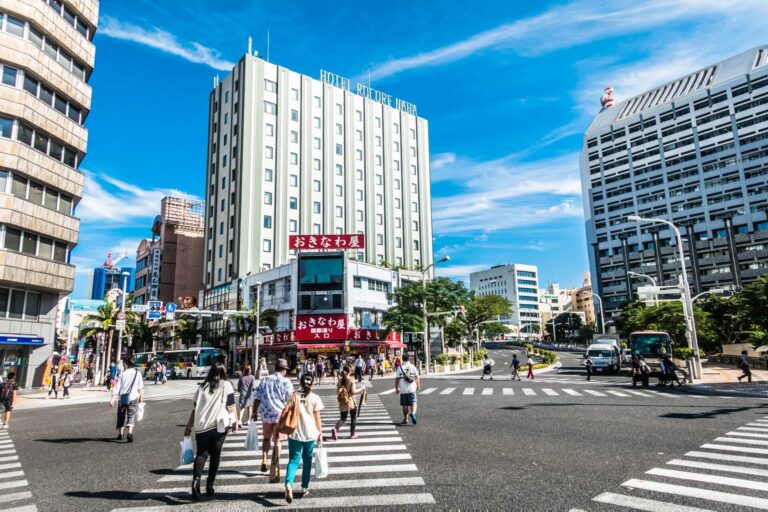 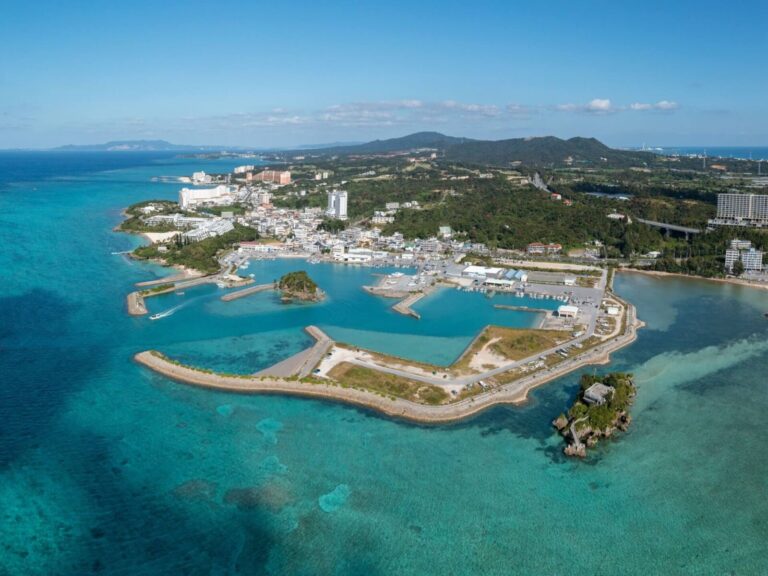 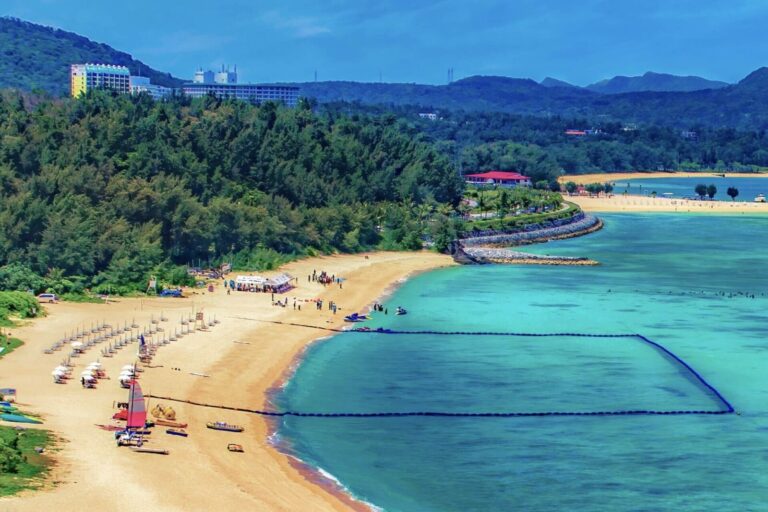 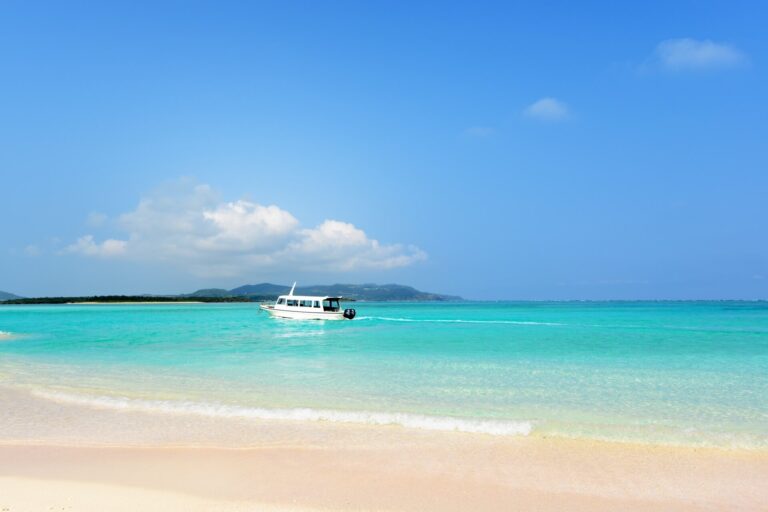 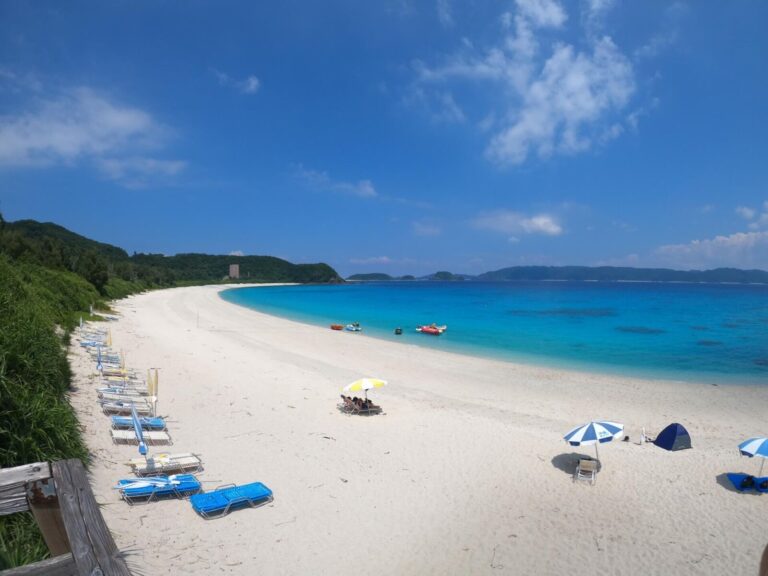 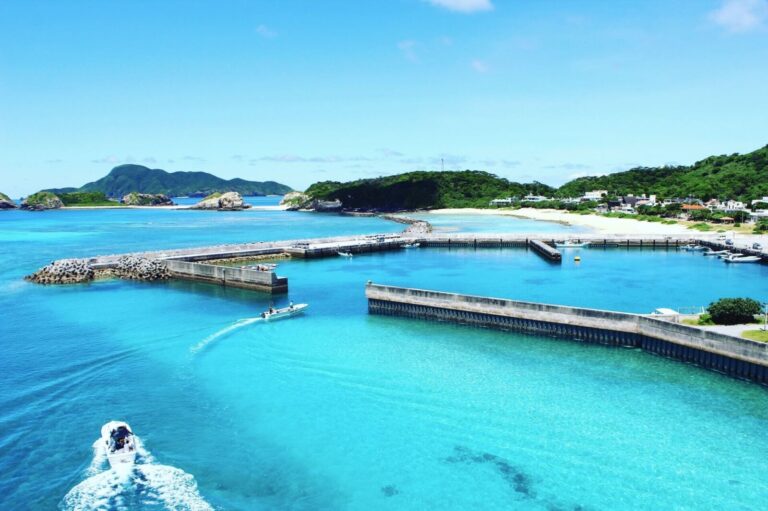 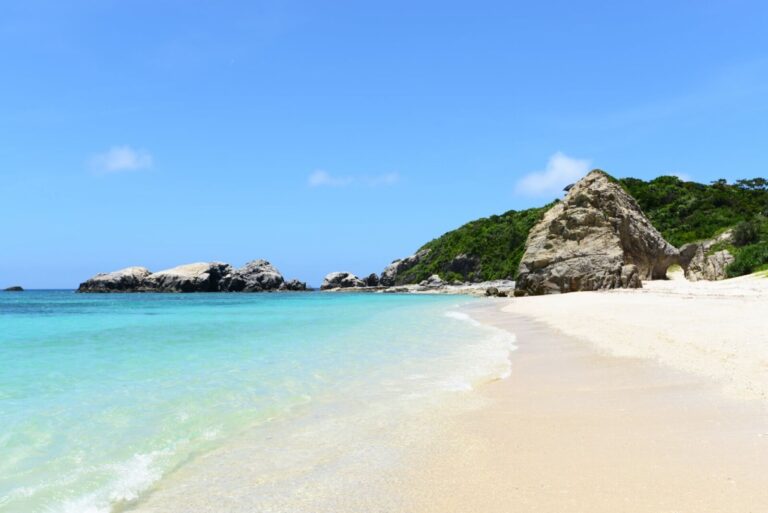 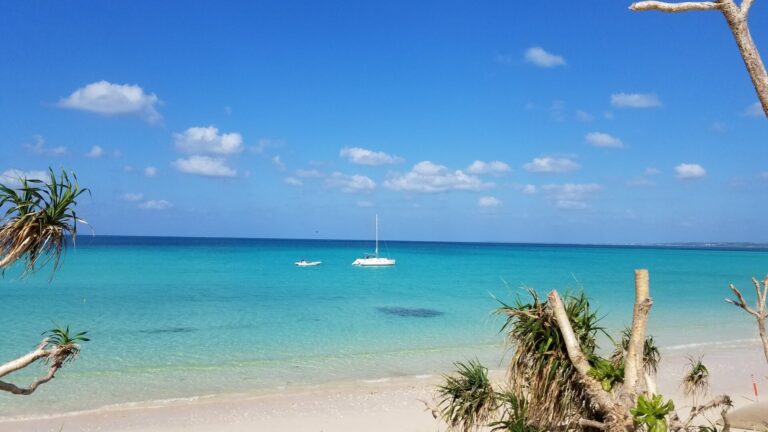 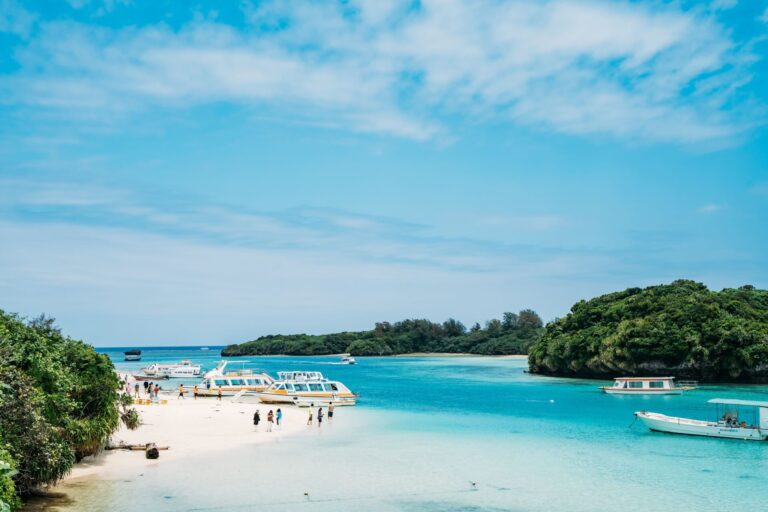 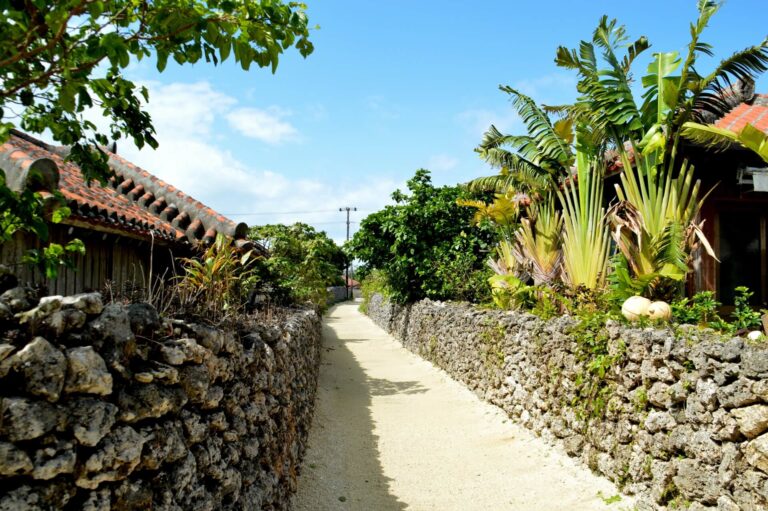 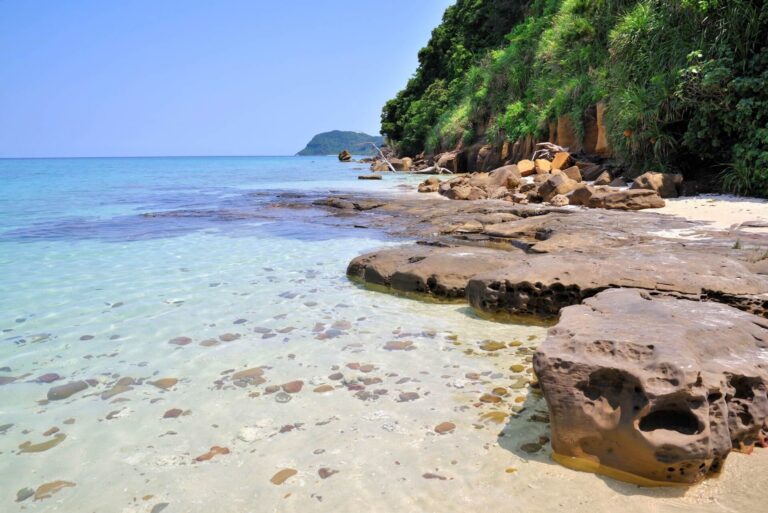 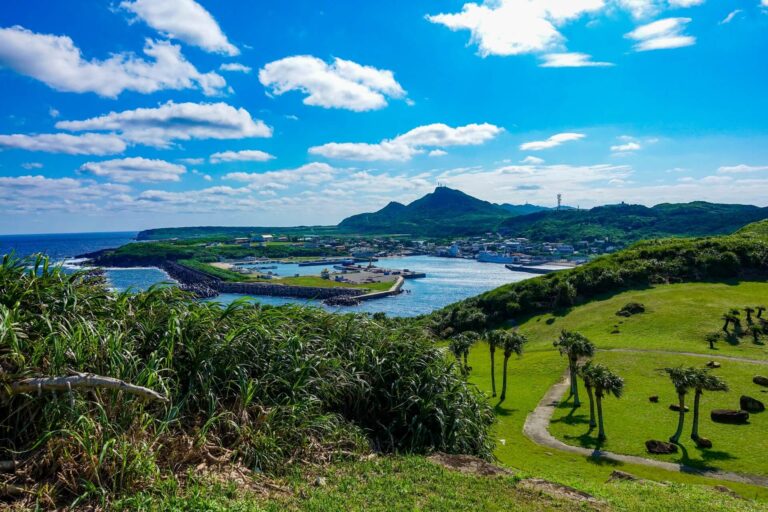